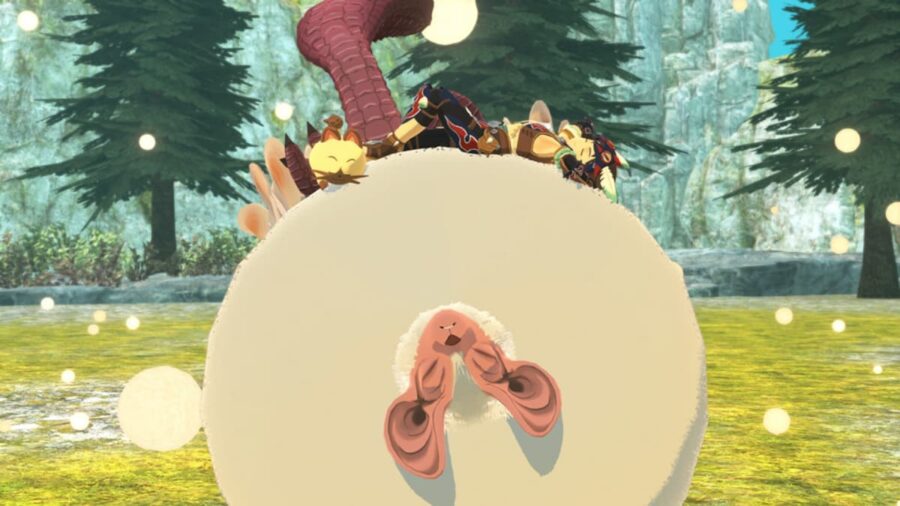 If you want to get a Paolumu egg in Monster Hunter Stories 2, you will need to progress to the point where you unlock the area in the called Alcala. In this region, you will be able to find and defeat many monsters, and one of them is a Paolumu, you can also find Paolumus roaming the area and inside monster dens.

That said, if you want to get a Paolumu egg, we recommend first fighting one outside of a den and then causing it to retreat from the battle. You can do this by hitting it with a paintball and then hitting it with all you got. Breaking parts, and for the Paolumu in particular, hitting it with a flash bomb will also help to make the monster retreat.

Related: How to make all Monsters retreat in Monster Hunter Stories 2: Wings of Ruin?

Once you got the right tools, we recommend farming both monster dens and the general area until you find and get a Paolumu egg. In our game, we found a Paolumu egg inside a monster a Qurupeco den that was in the lofty trees region during the lofty trees expedition quest.

Inside the den we fought and forced a Paolumu to retreat and managed to get a Palolumu egg, so if you want the egg, we recommend trying the lofty trees area inside various monster dens until you find one with a Palolumu.

When you find one, force it to retreat and you will be able to get it's egg inside a monster den labeled Paloumu Monsder den - the Paolumu egg will also look like the one in the image above.

We have more guides for Monster Hunter Stories 2!