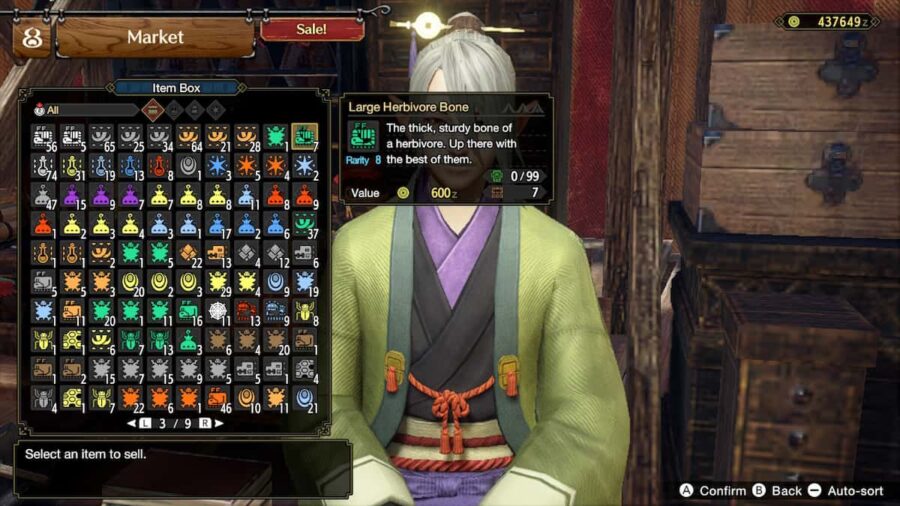 Large Herbivore Bones are drops in Monster Hunter Rise: Sunbreak that can only be found in Master Rank Quests and Expeditions. They can be obtained by carving the three Small Monsters, Gowngoat, Rhenoplos, and Slagtoth. An Upsurge can occur in different areas that make farming a lot faster while going on an Expedition. This is how to get Large Herbivore Bones in Monster Hunter Rise: Sunbreak.

Master Rank Gowngoat, Rhenoplos, and Slagtoth all have a chance of rewarding players with Large Herbivore Bones each time they carve one of the Small Monsters. The chances vary for each Monster, and players who have the Feather of Mastery will be able to carve four times. This is unlocked by doing all the first six Arena Quests with every weapon. The Dango Skill from the Triple Rose Dango can be used to increase the number of materials obtained by carving as well. This is unlocked by completing the Seven Star Hub Quest, Seared Situation.

How to farm Rhenoplos in MHR

Rhenoplos can be found in areas 4 and 5 of the map in the Lava Caverns.

How to farm Slagtoth in MHR

Slagtoth can spawn in the Flooded Forest and Lava Caverns.

Slagtoth can spawn in areas 1 and 2 of the Lava Caverns.

How to farm Gowngoat in MHR

Gowngoat can only be found in the Citadel in areas 1 and 2.

How to get Large Herbivore Bones in Monster Hunter Rise Sunbreak