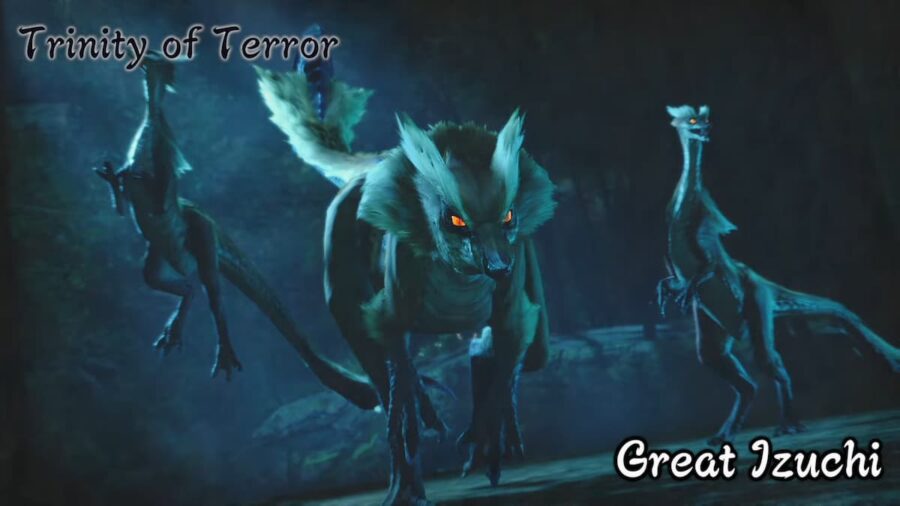 Monster Hunter Rise brings a variety of foes, both new and old, for players to face. Learning the strengths and weaknesses of each monster is key to surviving in the harsh Monster Hunter world, even with early game foes like the Great Izuchi. Make sure you've studied up on this monster and equipped the right gear before starting a fight.

When fighting this beast, it's good to know what it's weak against or where to inflict that good old damage to slaughter the foe quickly. So here's Great Izuchi 's weaknesses, resistances, and drop rates.

You should focus on the Head, Tail, and Tail Tip when using elementary weaponry on the Great Izuchi, as these are its most vulnerable areas. Make sure to aim for the tail tip if you're using less effect gear, as this is the weakest point on the Great Izuchi regardless of the element type.

The following ailments are incredibly effective when facing the Great Izuchi—Poison, Paralysis, Sleep, and Exhaust. Blast, Thunderblight, and Stun are also effective but not as impactful as the set mentioned earlier of ailments.

The Great Izuchi is resistant to Fireblight, Waterblight, and Iceblight.

Most monsters in Monster Hunter Rise have breakable parts that shatter or fall off when enough they take enough damage, and the same is true for the Great Izuchi. Make sure to aim for these parts when fighting the Great Izuchi—Head, and Tail. If you break these monster portions during a hunt, extra rewards will appear once the hunt ends.

The tables below are the percentage and drop rates of each material from Great Izuchi, Low and High rank.