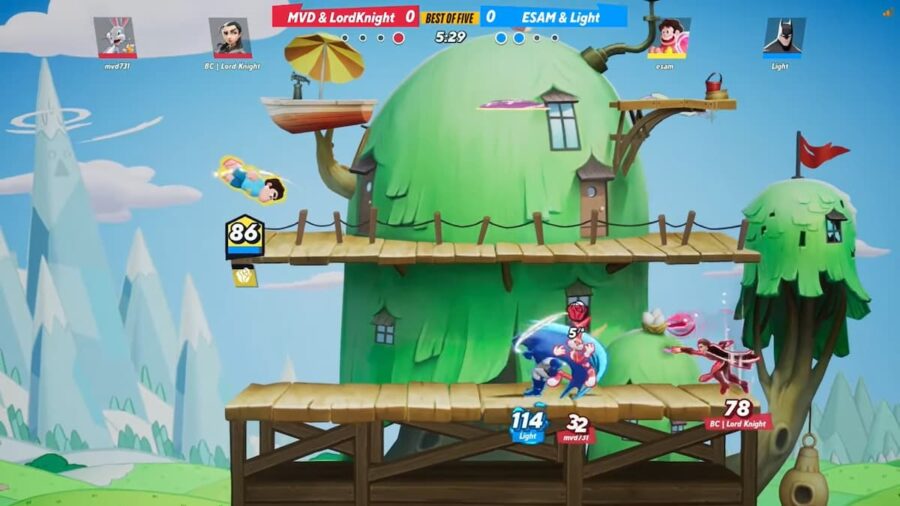 MultiVersus is Warner Bros. and Player First Games' platform fighter that uses characters from the various Warner Bros. franchises. Each fighter has a certain playstyle, but they can be placed into a Class archetype. This may leave you wondering what all the Classes in MultiVersus are.

Note: This guide was written based on the closed alpha and Pro Player Showcase, so this information may change or be expanded on when MultiVersus releases.

All Classes in MultiVersus

There are five classes in MultiVersus, and each character is assigned to one. This dictates their general playstyle and abilities, but each character handles and plays differently. Here are all Classes and which characters fall into them.

Related: All Perks in MultiVersus, explained

Each Class is better suited to certain roles, which can change depending on the stage, partner, opponents, and perks. This makes it difficult to say which Class is truly best. But we can glean what each Class excels at.

Bruisers are going to be your main damage dealers and stock takers. Tanks are the opposite, as their playstyle makes them harder to knock off stage. Supports will provide buffs, healing, and more to their partners, while Mages excel at peppering opponents with projectiles. Lastly, Assassins are going to apply debuffs and make big plays.

For more information on MultiVersus, check out MultiVersus gives in-depth look at gameplay, perks, classes, and more with Pro Player Showcase and What is the release date of MultiVersus? on Pro Game Guides.

All Classes in MultiVersus, explained