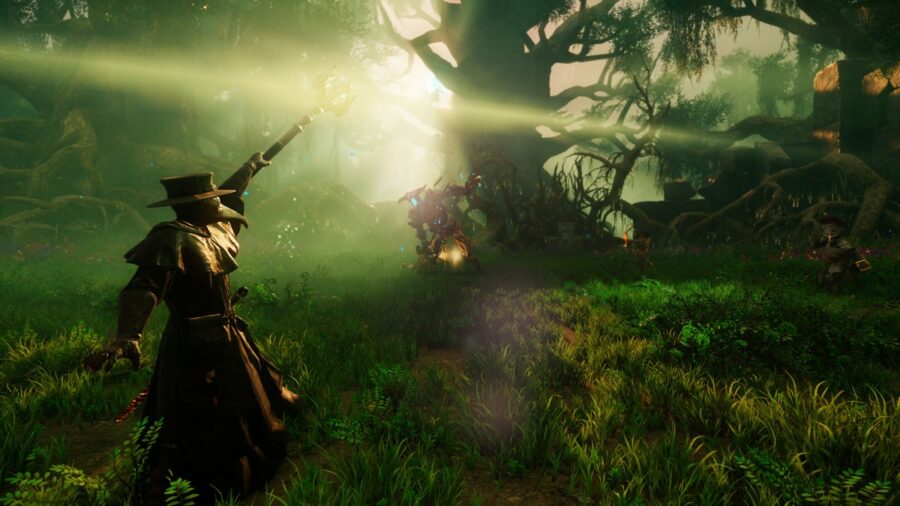 Amazon's upcoming game New World is a hot topic in the MMO space. The game creates an MMO experience unlike anything on the market, and it's one that players are enjoying fervently. Like any MMO, New World can only function when the servers are running, so it is pertinent that players know how to check the status of the game's online functionality should they have issues getting online.

To check out the server status of New World:

Step Two: Once there, select the region that the desired character resides in.

Step Three: Find the world that relates to the player character.

Players can also check the timestamp at the bottom of the screen to see when the Server Status menu was last updated. These updates occur several times throughout the day, and depending on the timestamp, may be outdated.

For more on New World, check out How to get the Golden Rage Armor Skin in New World and What is the Max Level in New World?

How to catch a snail in New World

How to get Death Motes in New World

What is the death penalty in New World?

How to get Earth Motes in New World

How to get Life Motes in New World