Batman X Fortnite has officially been announced and is available in item and cash shop!

This one is only available via the cash shop for $19.99 USD. You get two skins, two back blings, one glider and pickaxe!

These can all be purchased with V-Bucks in the Item Shop. The Jeweled Cat Back Bling comes with the Catwoman Outfit!

Catwoman was first confirmed via the Brazil(?) version of Fortnite leaking it via their updated news section: 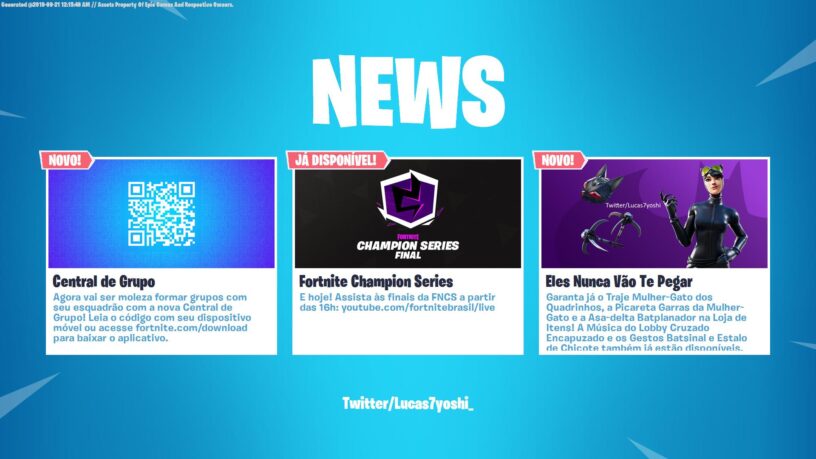 Here's a better look at the skin, back bling, and harvesting tool:

The confirmation of the Batman skin was met with more speculation because it was found via a sketchy looking screenshot:

This apparently came from the Google News application and was later confirmed by a person who recorded the advertisement:

Due to a glitch on the Google News app, we could see a preview of the Fortnite X Batman video. pic.twitter.com/57iFq2KPqP

The image shows off a pretty sweet looking glider and multiple versions of Batman which will likely be styles you can choose from. We previously got some other Batman related leaks in the form of other gliders, a spray, and a couple of banners. Most of these leaks are going to be part of the Welcome to Gotham City Challenges that should be releasing very soon!