A small clip of some Borderlands 3 gameplay has leaked that looks to be from the upcoming livestream of the game that will be officially being held on May 1st, 2019! It's not a long video, but it gives you a look at the new HUD which is very sharp and is a clear upgrade on the previous game. There's also a look at a couple of weapons with their stats. The graphics themselves also seem greatly improved, and look to have a lot more pop. You'll also notice that weapons appear to have multiple fire modes, in the video it is displayed as "Full-Auto" with the ability to switch by pressing down on the D-Pad!

Check out the video and an a more detailed HUD image below! 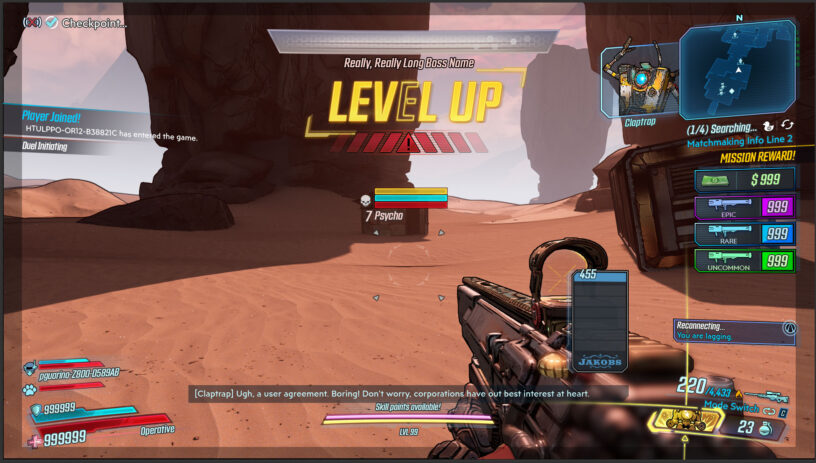