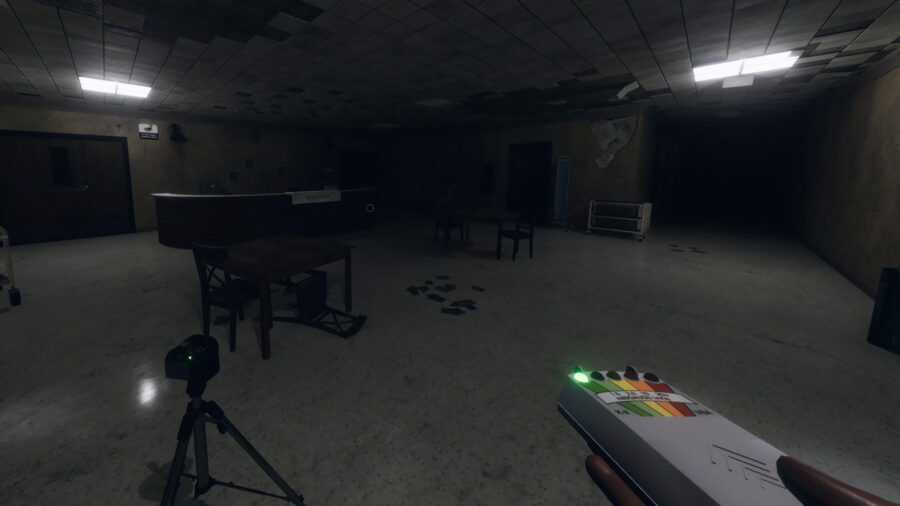 Phasmophobia is a game about cooperation, to work together as paranormal detectives to find out what ghost is causing the haunting, and how to stop it! Talking is a massive part of teamwork, as communication is key to success, but if Voice Chat isn't currently working for some users, the probability of success slowly dwindles to death. Imagine if you were put in charge of the cameras, and you had to notify your friend of strange occurrences happening in a certain room, but alas, you can't because Voice Chat is down. If you have any problems with Voice Chat not working in Phasmophobia, try out the temporary fixes in this guide!

Update: Voice chat in Phasmophobia is still one of those things where it works for some and not for others. A few updates might cause the Voice Recognition to stop working, and sometimes using the beta patch solves everything, but also nothing. Tons of gamers are having issues with Phasmophobia, and we can see why it's so frustrating.

One user in the comments section mentioned the Devs said this about Windows 7:

“Voice recognition doesn’t work on Windows 7, the minimum requirements for this game is Windows 10 however I am going to look into a way of being able to use the Spirit Box without voice recognition however I can’t give a date on when this will be out. ”

If this is true, then the developers are working on a way to give players another way to speak with the ghost, as without the Spirit Boix, that takes away one of the vital clues to finding out what Ghost it is.

When I've been playing recently, it's been 50/50 whether it's worked or not. A friend and I spoke to a ghost for 10 minutes, and I left so he could continue on; he didn't hear a thing. Then we picked the wrong ghost, as it used a Spirit Box as evidence. But the previous hunt, we heard the ghost fine; it's still just very clunky. However, Ghosts are roaming now, so perhaps we got unlucky with the rooms we entered.

I play in borderless mode, as alt+tabbing is something we all do, and playing in borderless makes sure that I can't do this. When playing borderless, I've had no issues in the latest updates from not hearing people or the ghost.

I also enabled Speech Recognition in the Windows settings and made sure that my microphone was the default mic. I ignored Cortana as she's always been disabled. Though people swear on setting language, voice packs, and keyboard to English.

Try this quick trick to see if voice recognition is working for you:

If it says "nothing detected," but you can't hear your friends. Instead of speaking through Phasmophobia, start a voice chat in Steam, and add a hotkey for push-to-talk. Though this only works for gaming with friends, not randoms online.

We are constantly looking up ways to see if we can find a fix. If you have a method that has worked, let us know.

It seems that the fix about Windows 7 and Cortana below was debunked by a lot of the comments of this article! If you are playing on PC, Cortana does not affect if Phasmophobia voice chat works, and you can happily play using Windows 7.

I've been having issues myself and what worked for me was, getting everyone I was playing with to restart Phasmophobia at the same time, then joining a lobby straight away. If someone joins a game after you've played a few games, you probably won't be able to hear each other. It's worth a couple of minutes to test if this works.

The beta update did work for me, but no one could not speak to the Ghost, no matter how much we baited it. We then disabled the beta, and all restarted at the same time. We could all hear each other instantly, AND the ghost could hear us when we began playing.

If any other program is detecting your voice, then move onto this next step. Close down Phasmophobia, and open up the Steam Library. Right-click on Phasmophobia, and navigate to properties. Under the Betas tab, select "beta-Unstable build" from the dropdown menu that appears. Close the window, and Steam should begin preparing to download a beta version of the game, including a patch for the voice bug. It should work when you relaunch Phasmophobia.

We all know that alt-tabbing in games is a marvelous feature, but it can affect certain features in some games. Phasmophobia is one of them, so for the best possible results of fixing Voice Chat, try not to alt-tab at all when playing it.

According to Steam discussion another potential fix has been found, but if you play Phasmophobia on Windows 7, you might be displeased.

Don't know if this is relevant to you or your friends, but the game is incompatible with Windows 7 due to using Cortana for voice recognition. If any of you are using Windows 7, you won't be able to use voice chat, or hear others using it. Same if you've disabled Cortana from spying on you.

Apparently, Phasmophobia uses Windows 10 Cortana for the ghost to understand your speech and language; if you have it disabled, then this causes an issue in-game. Reenable Cortana, and your Voice Chat issues might be gone from Phasmophobia.

Phasmophobia: What to do When you are Dead