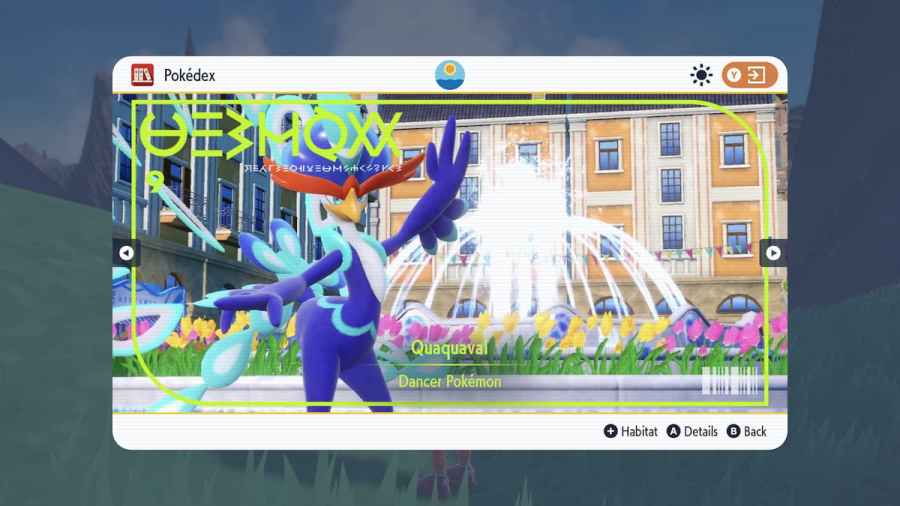 Quaquaval is often overlooked but can be very strong in Pokémon Scarlet & Violet. It has a good Attack stat and its Ability makes it even stronger. Its signature move, Aqua Step, increases its Speed by one stage, making it able to sweep through teams once it starts getting knockouts. It has decent defensive stats and can be taken out quickly before it starts to set up with the right moves. These are all of Quaquaval's strengths, weaknesses, and the best Pokémon to counter it in Scarlet & Violet.

What is Quaquaval weak to in Pokémon Scarlet & Violet?

Quaquaval is a Water/Fighting Type Pokémon with five weaknesses and has moves to cover most of its weaknesses as well. While it isn't hard to have moves that deal super effective damage, Quaquaval is a Pokémon that has to be taken out quickly. Its Hidden Ability, Moxie, causes it to increase its Attack stat whenever it knocks out a Pokémon. This, combined with Aqua Step, makes it gain Speed and Attack increases consistently. Its weaknesses are:

Stat increasing Pokémon can be brought down with moves like Haze or Clear Smog. Unfortunately, if Quaquaval is holding a Clear Amulet, relying on super effective moves is a must.

Related: How to get Clear Amulet in Pokémon Scarlet & Violet

What is Quaquaval immune to in Pokémon Scarlet & Violet?

Quaquaval doesn't have any Types that it is immune to but it can learn Protect through TM, like most Pokémon, and Detect either through breeding or by using the Mirror Herb.

What is Quaquaval strong against in Pokémon Scarlet & Violet?

What are the best counters to Quaquaval in Pokémon Scarlet & Violet?

Pokémon that resist Quaquaval's STAB moves are going to be very strong against it. Toxapex and Slowbro both resist Water and Fighting moves with Slowbro able to deal super effective damage back. Toxapex also can learn Haze to remove any stat increases that Quaquaval got during the battle. Dragapult and Gyarados are also exceptional counters due to how fast Dragapult is and Gyarados being able to use its Ability, Intimidate, to lower Quaquaval's Attack stat. Grass Pokémon can be valid counters, but because Quaquaval can learn Brave Bird, it's not advised to bring one in when they have their stats increased.

All Quaquaval Weaknesses and Best Counters in Pokémon Scarlet & Violet