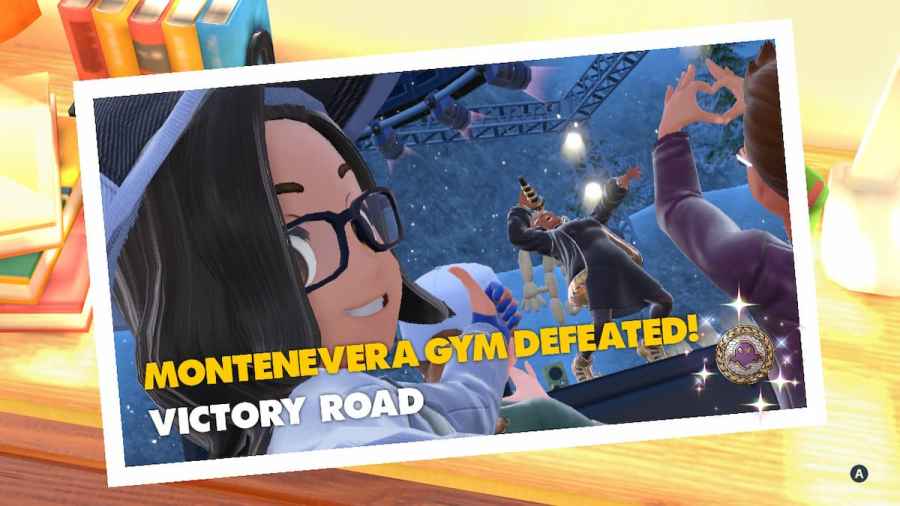 Ryme, the Ghost Gym Leader of Pokémon Scarlet & Violet, is a special fight that uses the Double Battle format. She has four Pokémon in total and will send them out two at a time. It's recommended for players to fight her as their sixth Gym Leader and to have Pokémon leveled up to at least level 42. Ghost Types are weak to Dark and Ghost Type moves but are often paired with other Types to have more resistances. This is everything players need to know about the Ghost Gym Leader in Pokémon Scarlet & Violet.

Pokémon Scarlet & Violet's sixth recommended Gym Leader is Ryme found in Montenevera, utilizing her Ghost Type Pokémon in a Doubles format. Double Battles are 2v2 formatted games and Ryme will have four total Pokémon for the battle. Another unique mechanic will occur during the battle as the crowd will give the player buffs for taking out Ryme's Pokémon or using a super effective move. It's recommended to have already gone through the Normal Gym before reaching this point in the game. This is Ryme's entire team:

Mimikyu has the Disguise Ability, allowing it to take one hit without any damage. If players have a Special Attacking team, they should have their Pokémon both attack Mimikyu before it sets up a Light Screen as it will halve the damage of Special Moves for five turns. If players brought Dark Type Pokémon, they should watch out for Houndstone's Play Rough as it can deal a lot of damage. Toxtricity's Discharge has a 30% chance of inflicting Paralysis, which will then make its Hex move deal double damage. The best strategy is to double down on one Pokémon at a time to take it out before they have a chance to retaliate, given that the player's Pokémon have high enough Speed.

For help on the next Gym, check out How to beat Gym Leader Tulip in Pokémon Scarlet & Violet on Pro Game Guides.

How to beat Gym Leader Ryme in Pokémon Scarlet & Violet