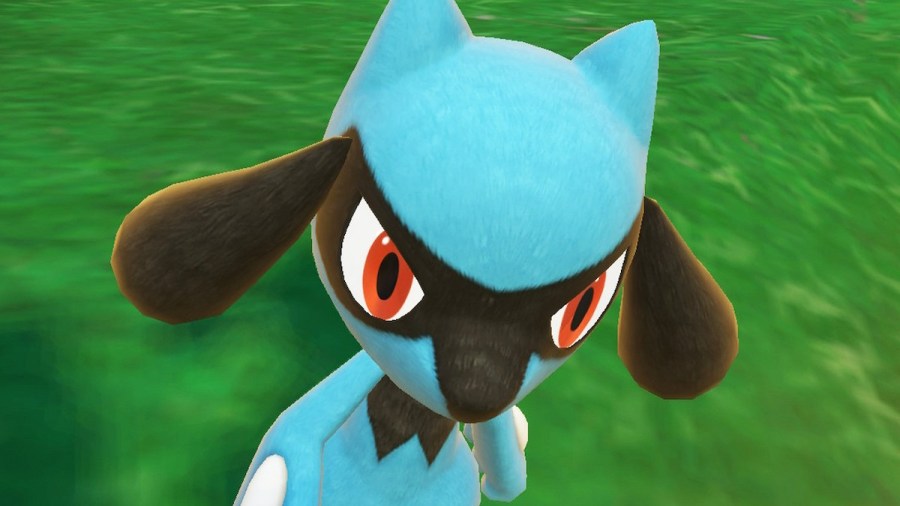 Unlike past games, Lucario is obtainable early in Pokémon Scarlet and Violet. The Fighting-Type's pre-evolution Riolu can be found at the start of the story in a hidden location not too far from Paldea University in Mesagoza City.

Where to find Riolu in Pokémon Scarlet & Violet

After completing the game's introduction tutorial, you will be given access to the entire Paldea Region map. To get a head start on finding the Diamond and Pearl Pokémon, you will want to take the Mesagoza South exit, as Riolu spawns in South Province (Area Four) or South Province (Area Two). After making your way down to the southern portion of the Pokémon Scarlet and Violet map, press the Y button to pull up your radar in the lower right-hand corner of the screen. If you don't see Riolu then walk 10 feet in another direction and refresh the radar until you do. Once the Sinnoh Pokémon pops up on your radar, run around until you see it, and catch it. Now that you have Riolu on your team, you will be able to evolve it into Lucario.

Related: All Version-Exclusives in Pokémon Scarlet and Violet

How to evolve Riolu into Lucario in Pokémon Scarlet & Violet

Unlike other Pokémon in Paldea Region, Riolu's evolution is not based on level, and is instead tied to the old friendship system introduced in past generations. So players wanting to obtain Lucario as quick as possible are going to first need to put in some work bonding with the Sinnoh Pokémon. Riolu evolves into Lucario after being leveled up with high friendship, which can be done with the methods described below.

One of the quickest ways to evolve Riolu is to use Pokémon Scarlet and Violet's new Picnic feature. While in the overworld press the Y button and select Picnic. Once in the mode, walk up to your Riolu and tap the X Button to wash Riolu. After watering down the soap and bubbles off the Pokémon, its friendship level will rise. Do this in multiple picnic sessions, along with eating sandwiches and playing with the soccer ball. Another easy method is to give Riolu food such as the Pomeg Berry, Grepa Berry, or Hondew Berry items. The berries can be found in the overworld and will also increase your bond. Once your friendship is high enough, simply level up Riolu once during the daytime, and it will evolve into Lucario.

Lucario can also be caught in the overworld, for those who want a higher level version of the Fighting-Type. However, the Diamond and Pearl Pokémon only appears in North Province (Area One) as a rare spawn. Because it's also around level 50, you will want to wait until the late-game before attempting this, as the Sinnoh Pokémon will one-shot knock your team out if you approach it in the first half of the story.