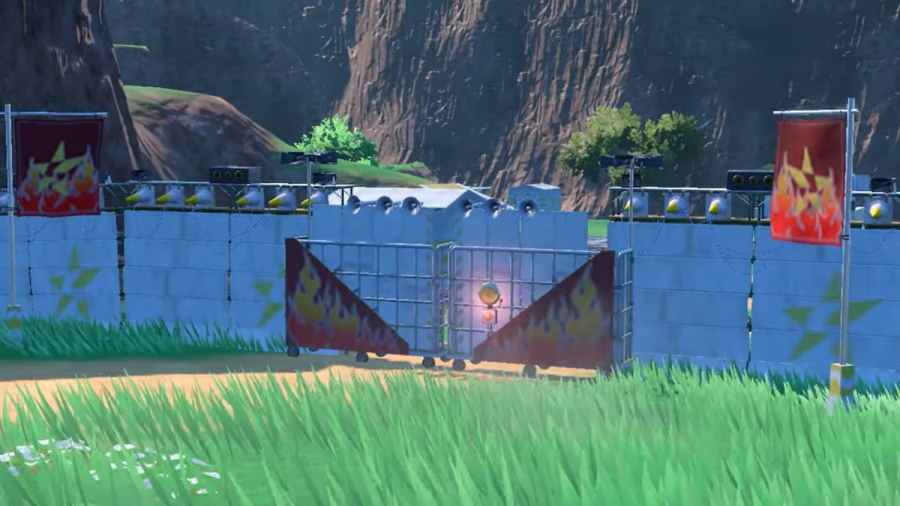 One of the three paths in Pokémon Scarlet and Violet is Starfall Street, where you challenge the rebellious students who have formed Team Star. If you think this path will be a pushover, think again, as you are limited to battling a Team Star base with only three Pokémon.

The Jump into a Paldean Journey trailer on The Pokémon Company YouTube showcased a trainer taking on a Team Star base. At the gates, they were only allowed to take in their first three Pokémon, meaning you will need to choose your time wisely. Don't expect to go in with a full team and simply wipe the floor with Team Star.

A large part of clearing a Team Star base appears to be done through the Let's Go feature, where your Pokémon will autobattle Team Star. The trainer can be seen tasked with defeating a certain number of Pokémon before they can challenge the leader of the Team Star base, in this case, Mela. Fortunately, you have a large crowd of fellow trainers cheering you on.

This restriction on your Pokémon team will bring more challenges to defeating Team Star and force you to consider what Pokémon you need. We look forward to seeing how Team Star influences the story in Pokémon Scarlet and Violet.