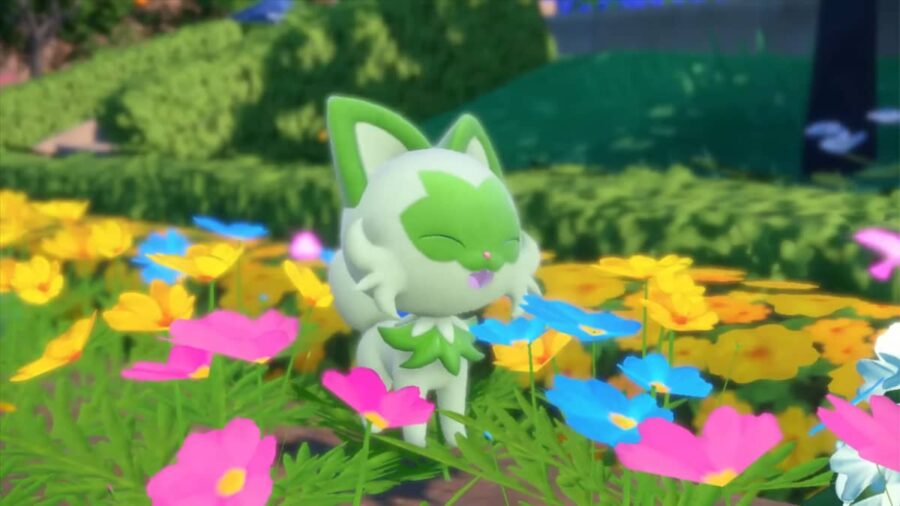 Pokémon Scarlet and Violet is the ninth generation of Pokémon that features the festive and open-world region of Paldea, where new Pokémon variants, types, and species can be discovered. Like any mainline Pokémon game, Scarlet and Violet have three starters: Fuecoco, Quaxly, and, finally, the feline grass-type Pokémon Sprigatito.

While there has not been an official announcement, a tweet from a reliable Pokémon leaker account called @PKMNleak revealed a video of a Pokémon that looks like it could be Sprigatito’s final form. The unnamed Pokémon is bipedal, tri-shaded, and has a silhouette that’s a little similar to Delphox, which is the final evolution of Generation six’s Fennekin.

It’s too early to say what the second type this Pokémon could have, but it has been speculated that it could be either Dark, Ghost, or Fighting.

Of course, since it is a leak, it’s still best to wait for the official Pokémon account’s reveal.

Related: All Gym Leaders in Pokémon Scarlet and Violet (So far)

Aside from the new Pokémon, the Paldea region has also introduced its gimmick, the Terastral Phenomenon. Every Pokémon in the region is born with a Tera type, and the moves that match said type get a boost in power. Rare Pokémon with a Tera type different from their main type can even Terastallize and change types mid-battle.

You can find Terastral Pokémon more often in Tera Raid battles, similar to Max Raid Battles in Sword and Shield.

Aside from the Terastral Phenomenon, Pokémon Scarlet and Violet is also the first mainline title to be fully open-world. Trainers can choose to tackle gyms in any order they want and explore cities and towns in any order.

What is the final Sprigatito evolution in Pokémon Scarlet and Violet?