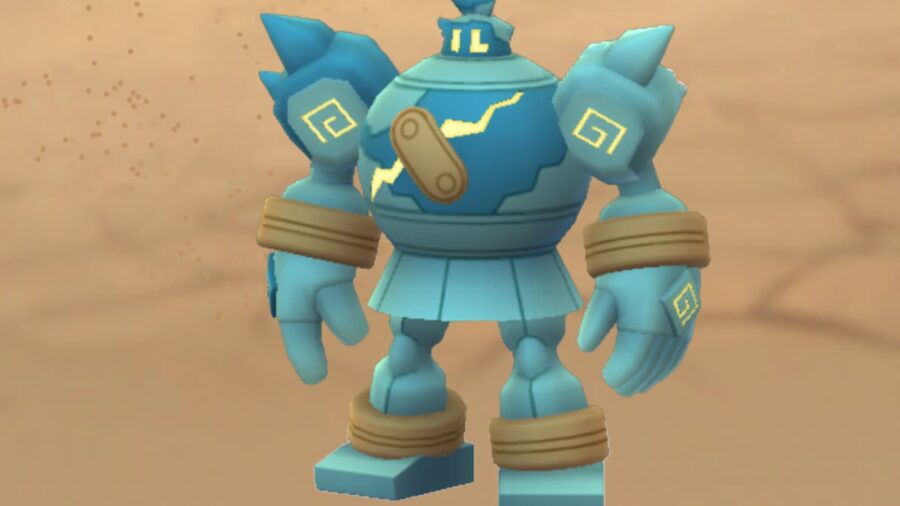 Golurk is originally from Generation Five's Unova Region and has been featured in many Pokémon games since its first appearance in the series. Golurk can be Shiny in Pokémon GO, with its Shiny first appearing back in 2019. While its Shiny form is available, it is not an easy Pokémon to come by. There are a few ways to catch this Pokémon, however.

How do you catch a shiny Golurk in Pokémon GO?

Since Golurk's Shiny form has already been introduced in the game, players can get ahold of it in any way that Golurk is catchable. Encountering a wild Golurk, hatching one from an egg should that ever be possible, successfully defeating Golurk in a Raid, or encountering one as a Research reward all have the potential to result in a Shiny Pokémon. The same goes for Golurk's pre-evolution, Golett, as well.

Golurk is currently featured in Raid battles as a Three-Star Raid boss as of June 2, 2022, though this is likely to change with future events and Raid rotations. For players facing off against this Pokémon in a Raid battle, using a Raid guide can be helpful. Golurk is a Ground and Ghost-type Pokémon. This means effective counters will have Ghost, Water, Grass, Ice, and Dark-type moves. Taking Pokémon like Chandelure, Genger, Mewtwo, or Swampert will result in a high likelihood of success.

Interested in Shiny Pokémon in Pokémon GO and want to read more? Check out How to catch a Shiny Cherubi in Pokemon GO on Pro Game Guides!

Can Golurk be shiny in Pokémon GO?