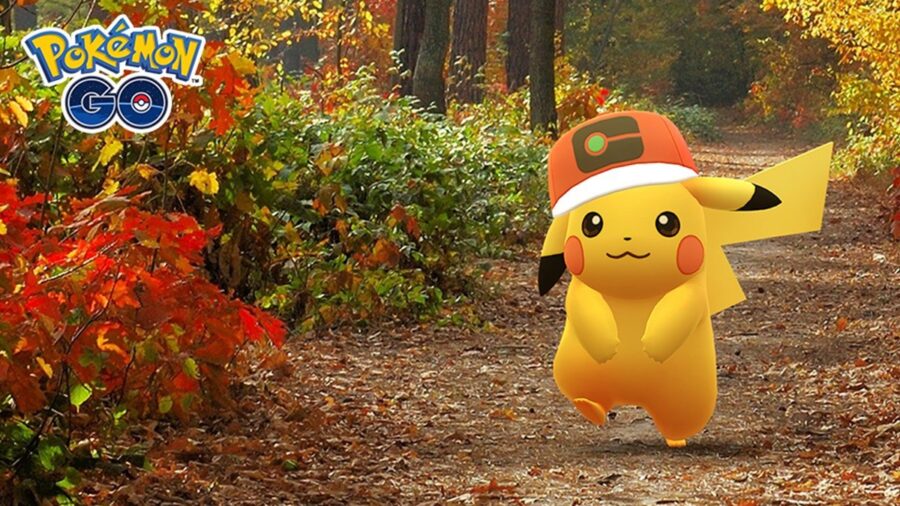 Another mini-event is happening throughout October, where over the course of the next two weeks on a Tuesday only, you'll be able to catch one of two special Pikachus wearing caps! This is for Pokémon Spotlight Hour, and it begins on October 6th and ends on October 13th, although it only lasts for an hour!

Between the times of 6 pm and 7 pm local time on Tuesday, October 6th, a Pikachu wearing the World Cap. The World Cap is a brand new version of Ash's cap that he wears in the new anime series Pokémon Journeys. The cap will appear for the first time ever in Pokémon Go! And as a bonus, you'll earn twice the XP for catching any Pokémon caught in this hour!

On Tuesday 13th October, from 6 pm and 7 pm local time, you'll be able to encounter Pikachu wearing the Original Cap worn by Ash in the first series of the Pokémon anime. Not only that, as all Pokémon caught in this hour time frame will earn double the candy!

Remember these dates, as you only have an hour each Tuesday to capture these special Pikachus! No doubt many will have caught the Original Cap'd Pikachu, but it's still a favorite of many, so no harm in catching as many as you can!

This is not the only event happening in October, as, on October 17th, the October Community Event starts with Charmander as the featured Pokémon for the event! As well as the promotion on Remote Raid Passes!