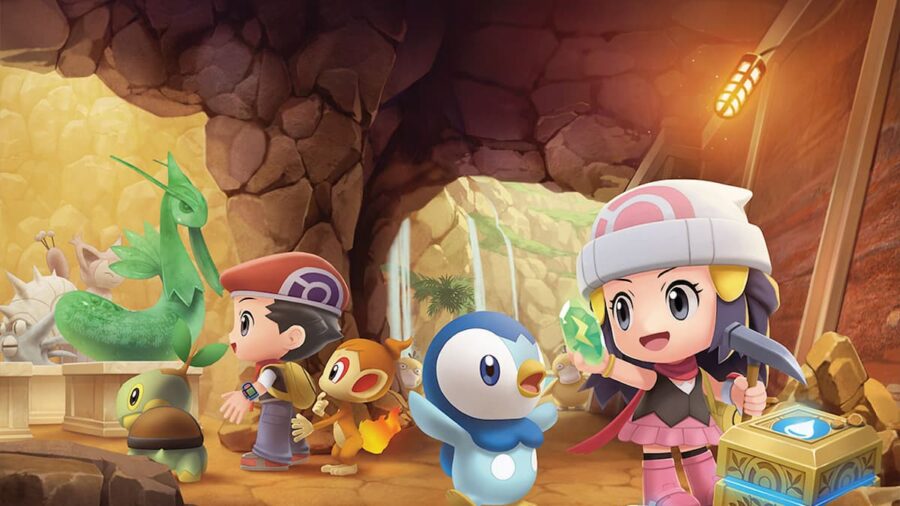 Image via Gamefreak and ILCA

It’s no secret that many people were a little bummed out when Pokémon removed Secret Bases in Black/White. After all, it was fun to design and more fun to show off. However, secret Bases made a brief comeback during the Hoenn remakes and again during Sinnoh’s.

Secret Bases in the Sinnoh region are located in the Grand Underground. Here’s how to make one in Brilliant Diamond and Shining Pearl.

Players can find these gems in bulging walls in the Grand Underground. They’re on the spots marked as yellow on your map. Press R when you’re near them to trigger your Pokétch’s dowsing feature. A sparkle will appear on the wall where the yellow marked spots are. Approach it, and you’ll be taken to a mining minigame.

Related: How to get the Bike in Pokémon Brilliant Diamond and Shining Pearl

The minigame is pretty straightforward. You just have to dig deep enough to reveal the gems and obtain them. You’re given two hammers to perform this task. The red hammer hits hard but will cause the wall to collapse faster, while the blue hammer hits weaker but also causes fewer cracks.

The moment you obtain a few gems, head back up and talk to the Underground Man again. He’ll be proud of your success and grant you a Digger Drill. Congrats! The Digger Drill can be used to dig a hole on any wall in the Grand Underground to make your Secret Base with.

Just be careful about choosing which area you drill your Secret Base into, as the Digger Drill can only be used once. If you want to move Secret Bases, you’ll need to trade spheres for another Digger Drill with one of the Hiker Traders in the Grand Underground.

Don’t forget to talk to the Underground Man again after this event to receive some free Quick, Dusk, and Dive Balls.