Our Pokemon Go Rayquaza Raid Guide will walk you through the details you need to know on how-to best defeat this raid boss! We're taking a look at Rayquaza's 100% IV CP, moveset, and the best counters available for you to take down this boss. Rayquaza is returning as a to the game in late July 2019 and will be sticking around until September 2019! In this return event, it will be bringing along the possibility of a shiny version for you to find.

Rayquaza is one of the most powerful Dragon type Pokemon in Pokemon Go, so you will want to be sure to get out and grab some of these. It is a Dragon & Flying type Pokemon with 213 HP, 284 ATK, and 170 DEF. It is weather boosted by wind, and is weak to Dragon, Fairy, Rock, and 2x to Ice. If you have two good counters, this encounter can be beaten with two players! 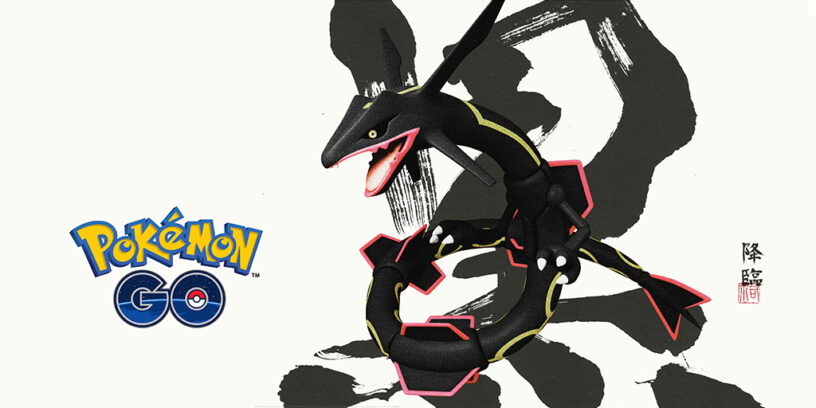 For this go around, it looks like you will be able to find yourself a shiny Rayquaza. You will likely need to run a lot of raids, but if you're lucky you should come away with one of the more sought after shiny Pokemon in the game!

Check out this pretty sweet promo for Shiny Rayquaza:

If you are hoping to catch a 100% IV version of Rayquaza then these are the CPs you'll need to see.

Rayquaza has a mix of Flying and Dragon moves with one Rock option.

If you are looking for the best counters against Rayquaza, then Ice Pokemon are going to be the best bet. If you go up against a version that doesn't have any Dragon moves, you can bring out your Dragon types with dragon based moves to take it down as well. Overall, you will want to lean heavily on Ice types with Mamoswine being the top option available!