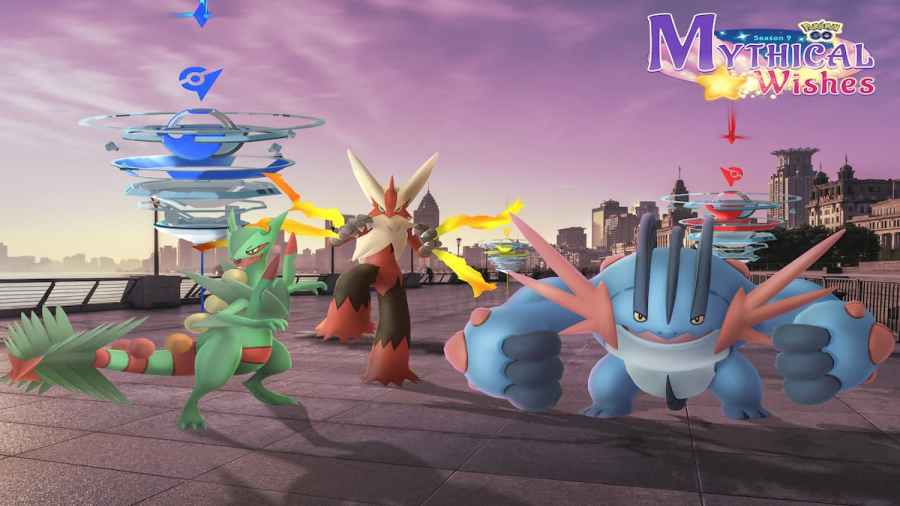 Clear your schedules on December 3, 2022, because that's when Pokemon GO is hosting the Heading to Hoenn Mega Raid Day. This event will only last from 2:00pm to 5:00pm local time but will offer a limited-time chance to catch the mega evolutions of Sceptile, Blaziken, and Swampert.

Should you catch one of these characters during the raid, you'll be privy to some pretty sweet moves, including:

In addition, spinning gym photo discs during the event can give you up to five additional free raid passes. Shiny versions of Sceptile, Blaziken, and Swampert will also be in the wild during this period, but will be more difficult to find.

Should you so choose, you can spend $5.00 USD (or whatever the equivalent price is in your currency) for extra bonuses during this raid period. These bonuses will be available for longer than the event, from 2:00pm to 10:00pm on December 3, 2022.

Getting a ticket will allow you to receive an additional six Raid Passes that day as well as earning 50% more XP during Raid Battles, a higher chance of receiving Rare Candy XL, and two times the usual amount of Stardust from Raid Battles.