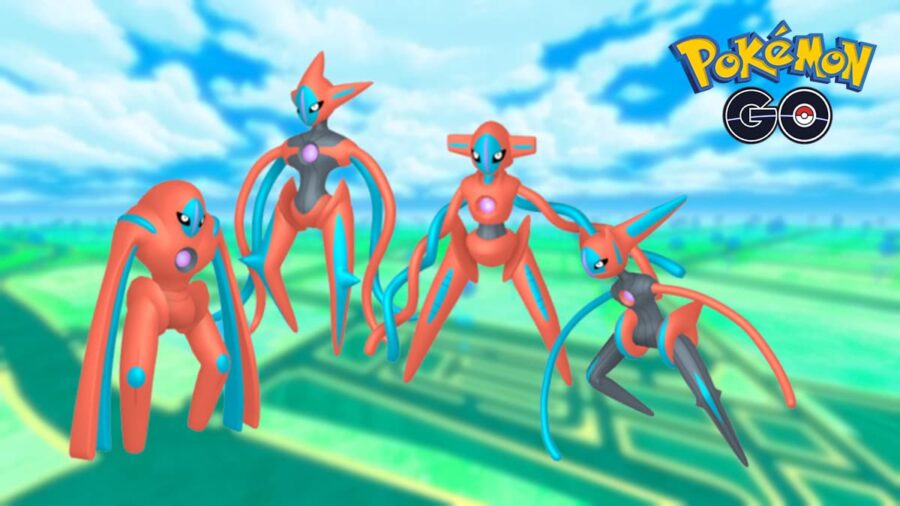 In Pokémon GO, Deoxys is a legendary Pokémon that comes in a few different Formes. There is Attack, Defense, Speed, and Normal. Deoxys is available in Raid battles during the first part of Pokémon GO's Season of Light. Players will have to battle Deoxys in Raids to obtain these different Formes, so knowing which works best for their playstyle is best before spending a Raid Pass on the fight.

Which Deoxys Forme is best in Pokémon GO?

The four different Deoxys Formes are self-explanatory for the most part. It may not be clear which Forme is which to some players, however, as some of them can look pretty similar. Listed below are the best Formes for each purpose, attacking and defending.

As players might assume, Deoxys Attack is the best Forme for outputting sheer damage. This Forme doesn't have the highest HP, so it can be downed pretty quickly in battle but used strategically, Deoxys can deal heavy damage to opponents.

Deoxys Defense is the best Forme for those needing a damage sponge. This Pokémon has a great defense and HP and can stand its ground quite well in battle. Even though it isn't the best attacker, this Forme can also deal great damage.

How do you change Deoxys' Formes in Pokémon GO?

In Pokémon mainline games, Deoxys' Forme change has happened in several different ways, but that is not the case in Pokémon GO. At the time of writing, players can change the Forme of Deoxys once it has been caught. The only way to get a different Deoxys Forme is to battle that Forme in a Raid battle and then successfully capture it afterward.

Can Deoxys be shiny in Pokémon GO?

Deoxys' striking shiny form is available in Pokémon GO. Players need to battle it in Raid battles to get this shiny until they successfully nab a yellow Deoxys. This can be tough to do since the spawn rate of its shiny form is extremely low.

What is the best Deoxys Forme in Pokémon GO?