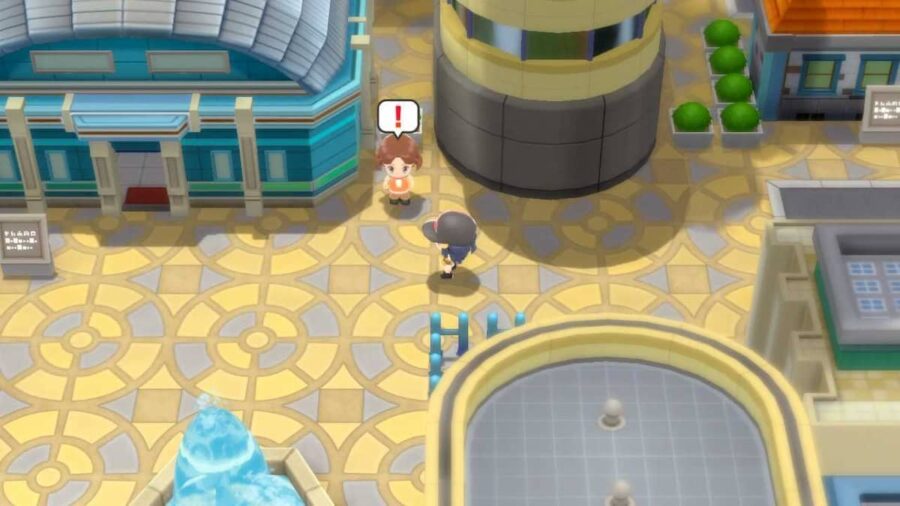 The GWS or Global Wonder Station is a large building in Jubilife City that you’re blocked from entering. And five gym badges later, you wonder how on earth you’re still not allowed inside. When will this lady let you through?

The answer is you can’t or, at least, not yet. This is because the GWS is still offline.

The GWS is located in the same place as the Global Trade Station (GTS) in the original Diamond and Pearl games, so it is unclear if this version's GTS will have the same function. However, it does have "Wonder" in its name, so it's assumed that it will be a Wonder Trade station.

The GTS was a trading feature where you deposited a Pokémon and asked for a specific one in return. If another trainer was willing to take the deal, the two Pokémon were traded. Meanwhile, Wonder Trades are completely randomized exchanges.

Related: All exclusive Pokémon in Brilliant Diamond and Shining Pearl

Unfortunately, neither Nintendo nor The Pokémon Company has announced when the GWS will go online. However, you can follow the official Pokémon twitter page to receive the latest updates.