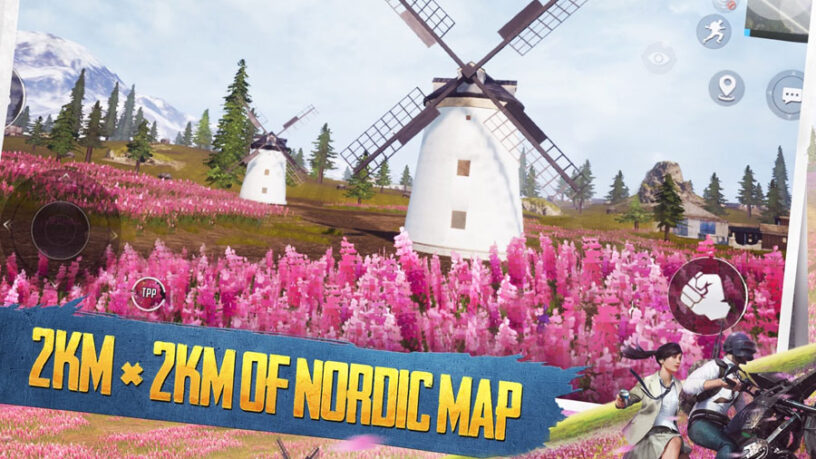 PUBG Mobile just came out with a big update that brings out an exclusive new map called LIVIK. It's a map based on the realistic style of Nordic terrain. You can battle with 52 players on a 2km x 2km area, which is smaller than usual. There's some exclusive weapons that can be found only on this map as well. You can locate a SMG P90 and a Marksman Rifle MK12. Not only that, there's a new Monster Truck that can tear through the terrain.

Other updates include a new feature in the Team-up Platform that allows you to find teammates quicker. Cheer Park has been updated with a new arcade and quick draw scenes. There's some new TDM features coming soon that include gun game, and a library mode! Read more details on the update below.

Here are the official patch notes for the 0.19.0 update!

The Most Original Battle Royale Experience

LIVIK is still in the BETA stage, so we will continue to improve it for the best visual and gaming experience.

The Team-up Platform is an all-new feature that allows players to find suitable teammates quickly. Voice recruitment has also been provided according to the voice requirement.

Added firearm-specific Quick Draws. For an Assault Rifle Quick Draw, both players get the same (randomly chosen) assault rifle, which is the only weapon that can be used to deal damage during the Quick Draw.

Team Gun Game is a 4v4 match. The starting weapons are the same but can be upgraded by defeating opponents. The winner is the first team to use the final weapon, Pan, to defeat the opponents, or the team with the highest score when time runs out. Enjoy exciting clashes!

The new muzzle attachment can be used with the vast majority of Sniper Rifles, Rifles, and SMGs. It increases the firearm's effective range and reduces the damage reduction of bullets due to distance.