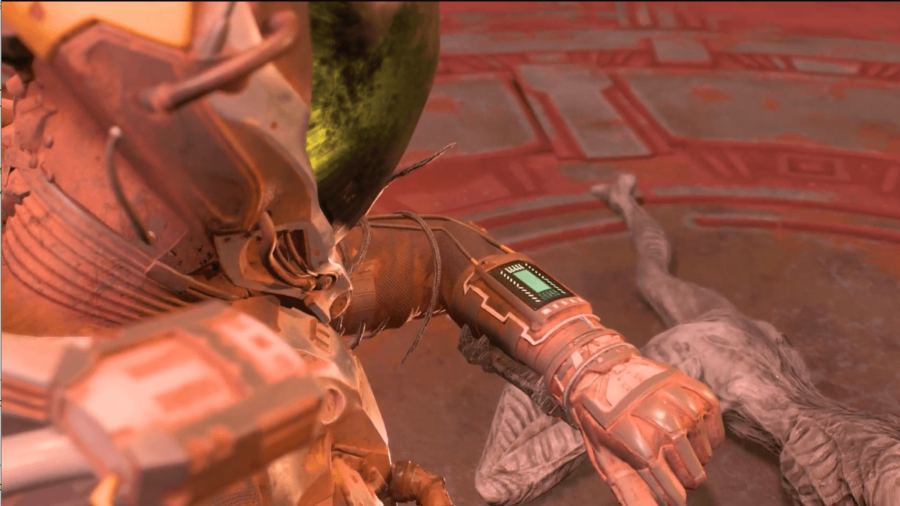 Much of Returnal is generated at random but players should expect some gameplay elements to remain constant. As you progress deeper into the many challenging biomes, you will unlock permanent upgrades and items. One of these is especially useful for quick traversal: the Icarian Grapnel, aka the grappling hook.

You will naturally unlock the grappling hook in the Crimson Wastes, the second biome in Returnal. You can't miss the Icarian Grapnel, as it unlocks after defeating the biome's boss, Ixion. Once you've beaten Ixion, the grappling hook is yours to keep for the rest of the game.

Related: Returnal | Where to find the Sword

What does the Grappling Hook do?

Have you noticed glowing orange spots appearing in the Overgrown Ruins and the Crimson Wastes? These orange spots should be considered useless until you've unlocked the Icarian Grapnel. With the grappling hook in hand, you can aim at the glowing yellow/orange spots and press the Triangle button to latch onto the area. Going forward, this will allow you to traverse high altitudes of any biome.

In addition to reaching previously inaccessible areas, the grappling hook is a useful combat tool that players should add to their skillset. The Icarian Grapnel allows you to move quickly, with an even greater advantage of reaching higher ground than the enemies, whose sole purpose in life is to kill Selene. This places you, the player, with a much better chance at defeating multiple enemies or escaping a stressful situation with a sliver of health.

For more on Returnal, check out What happens when you die and Returnal | How many Bosses it takes to complete the game.

Returnal | How many Biomes

Returnal | How many Bosses

Returnal | Where to find the Sword

Returnal: When does the Game Save?

What happens when you die in Returnal? Here’s what’s Lost and Kept

How to switch weapons in Returnal