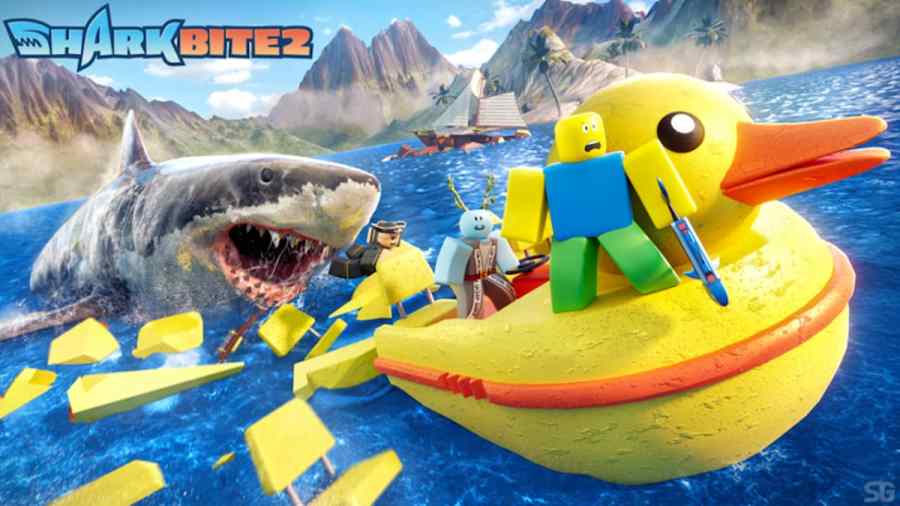 Abracadabra Studios, the development studio behind the popular Roblox experience Sharkbite, has officially announced the release date of its sequel experience, Sharkbite 2. After five years of success with the original Sharkbite, which has seen over a billion visits and has accumulated nearly six million likes and favorites, developers have decided it's finally time to pass on the torch. As announced via the official Abracadabra Studios Twitter account, Sharkbite 2 will leave its beta stage and debut to the public on October 22, 2022.

Attached to the announcement tweet is a clip of the official Sharkbite 2 trailer, which showcases a possible new feature that could be coming to the experience—the ability to construct your own boat. In the current Sharkbite experience, players choose from a list of pre-made boats and then use the said boat during the next round. In the trailer for Sharkbite 2, however, an avatar is seen hammering together various parts to seemingly create their own boat—a popular feature currently being used by experiences such as Build a Boat for Treasure and Build a Boat and Survive.

At the time of this article's publication, most of the feedback that has come out regarding this announcement has been positive, with many players expressing their excitement and pride. The main question players have been asking, however, is if progress, cosmetics, and more will transfer from the original Sharkbite to its sequel, which has yet to be answered by the development team.

Are you looking forward to this release? Let us know in the comments below. And if you're looking for more Roblox content, we'd recommend checking out our articles on DC’s Black Adam to enter the Roblox Metaverse with new experience and free items or How to get the Headless Horseman outfit in Roblox here on Pro Game Guides.