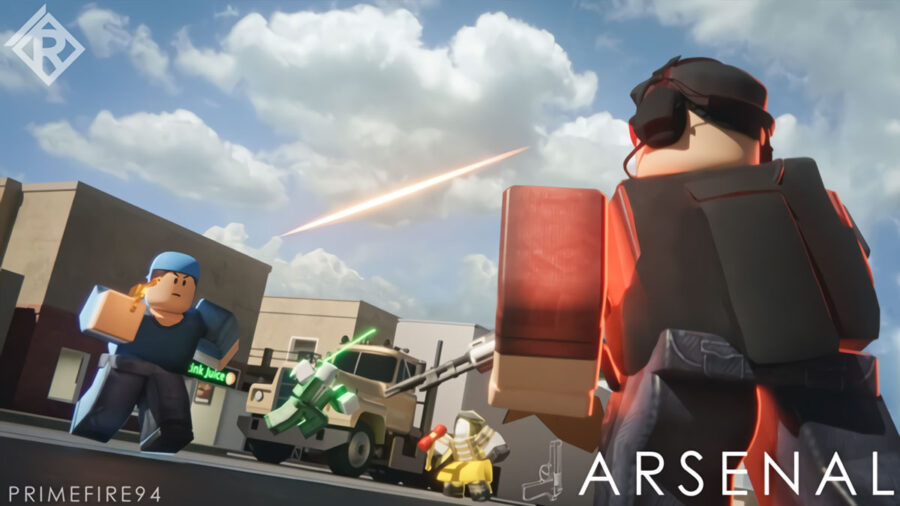 Like many other FPS games, Arsenal also referred to as Roblox's Call of Duty, has a massive library of weapons for players to use and cause chaos. However, in addition to typical gun loadouts, Arsenal takes their weapons a step further by offering numerous unique melee weapons that players can collect. We'll be going over our picks for the five best melee weapons in Arsenal in the list below.

Anyone who plays Arsenal regularly, and even those who don't, will probably recognize this melee weapon as it's one of the most popular weapons in the entire experience. Not only does the Karambit look cool, in our opinion, it also features fast animations that allow multiple swings without the worry of being slowed down. If you're looking to add the Karambit to your collection, check out our guide on how you can get it.

The Butterfly Knife is a classic Arsenal weapon that many players have, but that doesn't take away from its abilities. What used to be a default weapon in the early days of Arsenal is now a fan favorite collector's item as the animation is realistic, smooth, and honestly, addicting to watch! Players can obtain the Butterfly Knife by purchasing it from the Daily Store or by opening crates.

Related: How to get a lightsaber in Roblox Arsenal

On the opposite side of the animation, scale falls the Endbringer sword. This sword not only has an impressive starting animation that plays each time that it's brought in front of your avatar. Its swinging movements are also incredibly smooth, and the addition of a constant flickering of the blade of the sword is an immersive finishing touch. In our opinion, this is one to keep your eye out for in the Daily Store!

Sometimes, there's nothing more effective than a simple baseball bat, and that's definitely the case in Arsenal! As of Nov. 2021, the bat is considered a fairly rare melee weapon—it hit its peak in 2019 when it was exceptionally popular, but then as the game added more intricate and flashy weapons, it fell to the back of most players' minds. Now in 2021, the bat is longed for, and for a good reason! This melee weapon knocks players back and can even grant an efficient instant kill multiple times in a row. If you have the bat collecting dust in your inventory, we'd suggest bringing it back out!

That's the end of our list! Those are our picks for the five best melee weapons in Arsenal; let us know yours in the comments below!