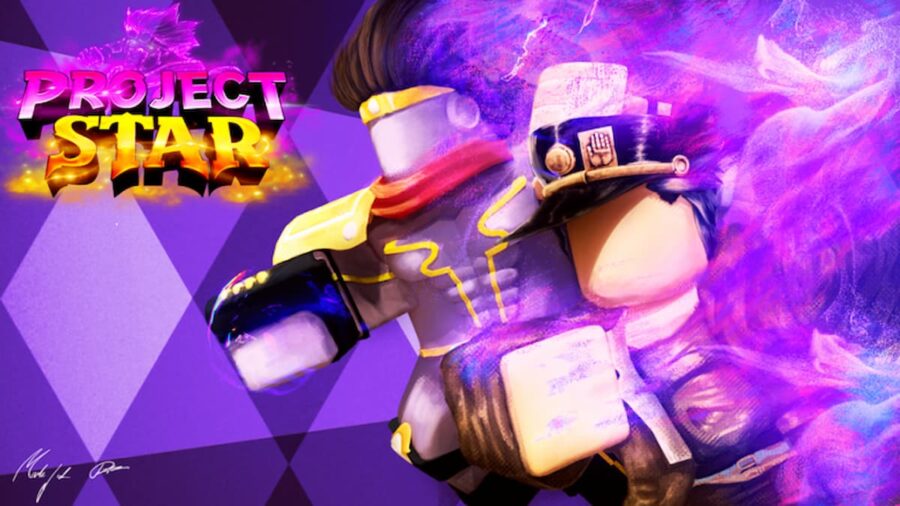 If you’re not a fan of the popular anime and manga JoJo’s Bizarre Adventure you may be feeling a little lost with all of this talk around the word “Stand” in Project Star, and that’s ok! Or if you are a fan and are just wondering how to get one, we’ve got you covered too. In this guide we’ll discuss what a Stand is, how to get one, and where to store it.

According to the JoJo's Bizarre Adventure Wiki, Stands are essentially super-powered entities that are created by their user from the user's unique personal experiences– whatever life you've lived and the content of your character will help determine aspects of your Stand. These Stands are typically used in battle and can vary in power, some can be exceptionally strong, others can lack in strength but excel in other forms of defense– it's all unique to the user.

Related: All buffs and attributes in Roblox Project Star

In Project Star, Stands are summoned by finding Stand arrows around the map. There are 4 types of arrows in the game but only 3 can be discovered by exploring, the last can only be obtained from the “D’arby Item Roll” in Dio’s Mansion. Each arrow also has a unique rarity multiplier which increases the possibility of unlocking a rarer Stand.

Once Stand arrows are collected, the player can stab themself with whichever arrow they choose to test their luck with getting a rare stand. If the arrow glows just before the player goes in for the stab, that signifies something rare. Once the stabbing animation finishes, whichever Stand the player has earned will appear somewhere near their character.

There is a possibility to have more than one Stand, however only one is applicable at a time. To store other Stands that you've earned but want to save for later head towards the Stand Storage Room located near the center of the map. Look out for a building with a large red Stand arrow on top. Once inside, talk to the NPC Robert Speedwagon and he will assist you with storing up to 3 Stands at a time, unless you want to pay 300 Robux for the first additional slot and 750 Robux for the second, then you will be able to hold a max of 5 stands in the storage room.

If you ever want to remove a Stand from your character all you'll need to do is eat a Rokakaka, which can be found on the ground while exploring the map.

Have you started playing Project Star yet? If you're looking for guides to help you on your play through, make sure you check out Pro Game Guides regularly for other Project Star content!

How to drop items in Roblox?