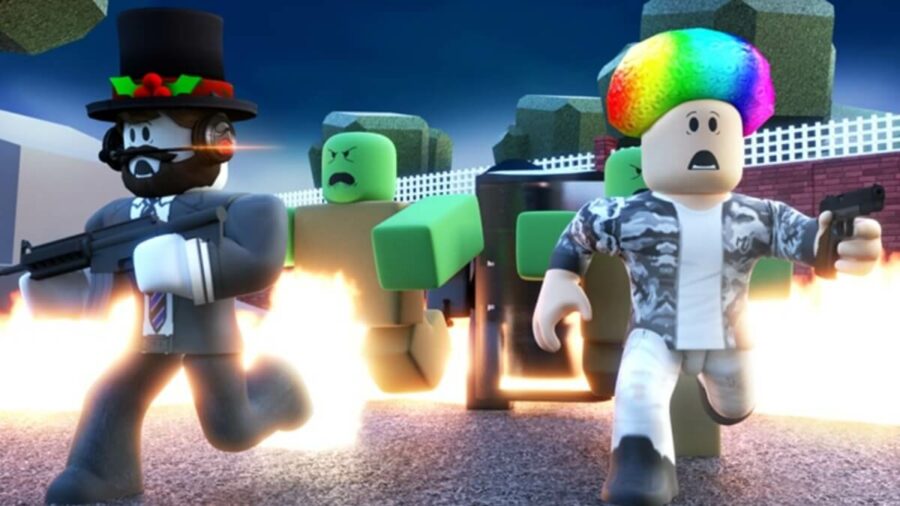 AJ Striker has crash landed into a zombie apocalypse in Roblox Dread and he needs your help retrieving Crate Drop #3. Find out how to beat this Week 3 Challenge (available April 29 to May 7) below.

How to get AJ Striker's Crate Drop in Dread

To get AJ Striker's Crate Drop in Dread you need to kill a zombie that's carrying a mystery box on its back. These particular zombies glow blue, so you should keep your eyes peeled for them at all times. The hard part? You must also survive the entire round, which many players will find frustrating.

This is not an easy mission to beat. With zombies running in from multiple directions, the rounds are chaotic. Ammo is sparse, constantly requiring you to replenish at an ammo box. Making matters more difficult: rounds typically last around five minutes (which is longer than you'd think) and mystery box zombies are far and few between.

Still up for the challenge? Here are some helpful tips:

After you have killed a zombie wearing a mystery box and survived one round, you will be awarded a game badge and AJ Striker's Crate Drop #3. The Crate Drop will also appear in your Avatar Inventory.