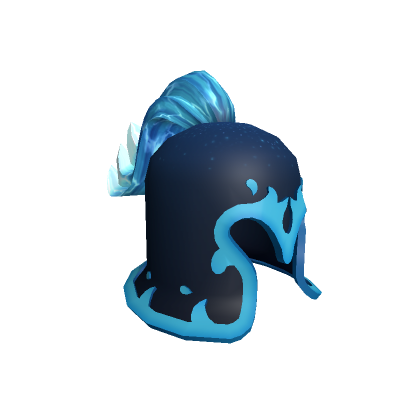 The quest to get the Helm of the Rip Tide requires multiple steps and is pretty difficult, so have patience. Luckily, most of your progress will save throughout this entire quest. So don't worry if the timer hits zero - just jump back into a new server and continue where you left off! Most importantly, have fun and don't give up!

How to get the Helm of the Rip Tide

To get the Helm of the Rip Tide you will have to go into SharkBite. For the first part of the quest you must play as the shark. Since playing as the shark is random, keep rejoining a server until you are the shark. You can also increase your chances of by spending 15 Robux. Or, you can set up a VIP server which will make being the shark easier, but a Sharkbite VIP server currently costs 10 Robux.

Note: This quest is much easier if you play during the Day portion of the time cycle. Playing during the Night cycle will make it much more difficult to see where you're going.

Surprise! You're in the Oasis and a particular fish wants revenge. This boss is difficult, and can only be damaged by using his Missiles against him. If you get hit even once you will most likely have to start all over.

Once defeated, you will teleport to a shrine where you can collect the Helm of the Rip Tide + Outfit!

Because the Helm of the Rip Tide quest is challenging, I recommend also following along this video from DeeterPlays where he guides you through the entire quest.

Need help finding the other Ready Player Two event quest items? We have guides in our Promo Codes List page for all of them.

How to get the Helm of the Rip Tide in Roblox