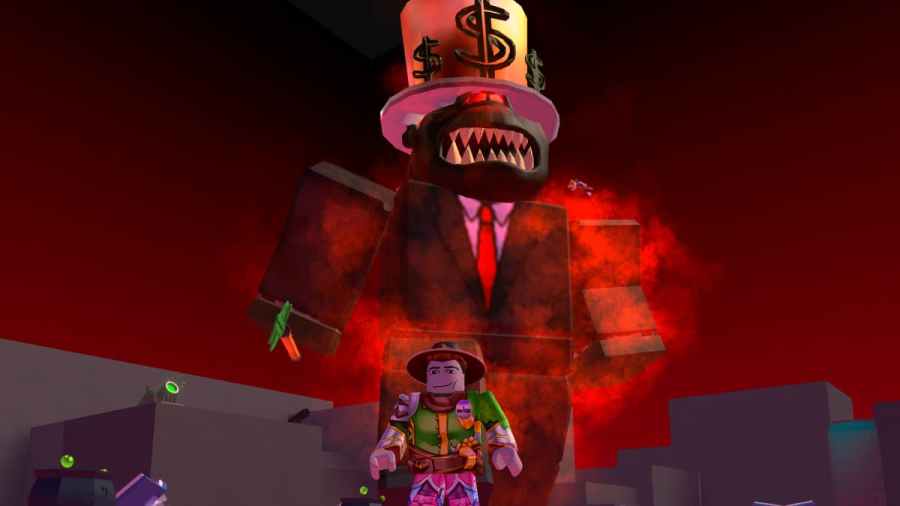 The Robux ingredient is an event item that players can earn for free in Roblox Wacky Wizards. This ingredient makes Robux fly off the player's body in the game and while not exactly useful, it's a cool ingredient to add to the collection. In order to get the Robux ingredient, players must defeat the Mr. Rich cyclops and speak to Oz the Wizard.

The Mr. Rich boss is a world event that occurs every hour. There is a timer on one of the rock walls that says Cyclops Invasion and when it reaches zero, the cyclops invades the world area. The timer might be different on every server, so if you are eager to beat Mr. Rich as soon as possible, you might consider hopping around servers until finding the lowest possible timer. Otherwise, it's best to wait out the timer.

When Mr. Rich invades, a cutscene will play announcing his arrival. Use the cannon placed in the middle areas and each player must brew potions and place them into the cannon as fast as possible. The cannon will shoot the potions at Mr. Rich and slowly lower his health. We recommend throwing in explosive ingredients like Chili and Dynamite.

Related: How to get the chili pepper ingredient in Roblox Wacky Wizards

This event relies on the entire server's effort to defeat the boss. Mr. Rich has a lot of health and it will be very difficult to defeat him alone. Hopefully you've entered a server where multiple players are working together to take down the cyclops, because you don't want him to focus all of his attacks on just one player.

After defeating Mr. Rich, approach his dead body and grab his Cyclop Eye. Upon grabbing it an arrow will appear on the world that leads you to a hidden cave with a small hut inside. Follow this arrow into the cave and hand the Cyclops Eye over to Oz the Wizard.

Oz the Wizard will reward you with the Robux ingredient! Carry this ingredient back to your brewing table to hold onto it for good.

For more Roblox guides, check out Where is the motel in Roblox Greenville? and if you're looking for a quiz, why not try out How Well Do You Know Roblox? on Pro Game Guides.

How to get the Robux ingredient in Roblox Wacky Wizards