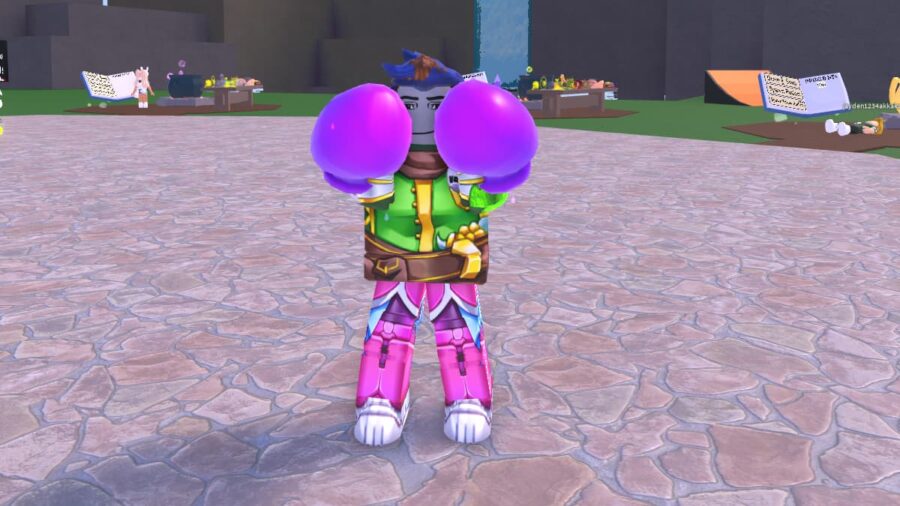 The Poison Gloves potion places two purple mitts on the player's hands and these gloves are deadly. While wearing these, you can have some fun boxing matches with other players in Roblox Wacky Wizards. All you need is the Rotten Sandwich ingredient and the Boxing Gloves ingredient for this to work.

We are under the belief that you can only fight players that are also wearing boxing gloves. You can't inflict damage on anyone who is just going about their business in the game, which is probably for the best. It would be pretty annoying if all players could damage each other at any moment.

The Rotten Sandwich ingredient is automatically placed on every player's table and does not require completing any quests. But, players must complete a quest for the Boxing Gloves ingredient and while not difficult, it is one of the lengthier missions.

We have a full guide on how to get the boxing gloves in Roblox Wacky Wizards for those wondering how to get this hidden ingredient. It was included as part of the Witch vs. Wizards update, and during the mission players meet Glinda the Witch, the Collector, and a secret robot guardian. At the very end of the mission players get to choose which side they are on: Witch or Wizard.

What is a Roblox Slender?