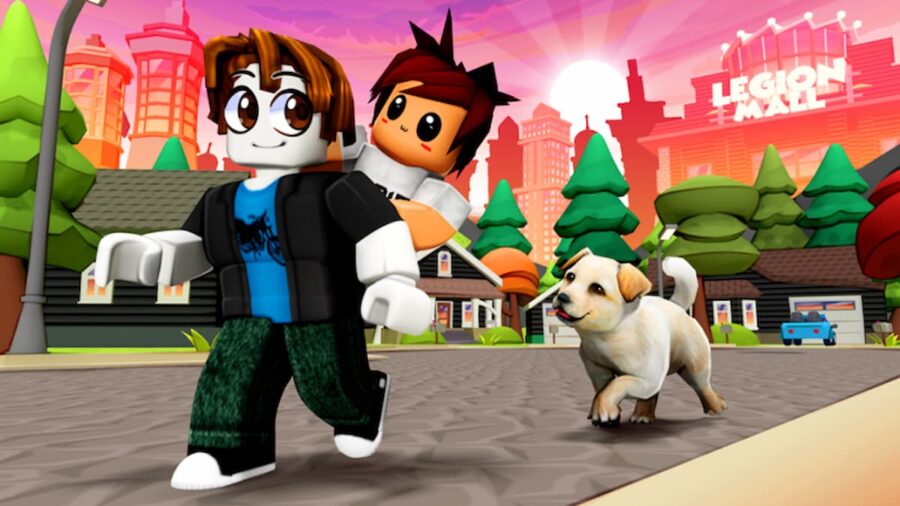 KreekCraft has announced he's making a horror game on Roblox called TIMMEH! The popular YouTube content creator teamed up with Wonder Works Studio to develop the game, and the beta launches on Sept. 3.

TIMMEH! stars a fictional version of KreekCraft and Timmeh (a character created by Kreek), in a story full of mysteries and conspiracies. Spanning multiple episodes, players must solve the world's biggest mystery in order to save the universe.

There will be multiple ways to earn rewards in the game: players can earn Timmeh Coins to unlock limited items while logging in daily for free rewards. A season pass will also be included for exclusive rewards, and players can earn even more by levelling up their character.

Related: How to get Piggy Tokens in Roblox Piggy

TIMMEH! will launch on Sept. 3 in beta, with multiple episodes releasing thereafter. An ongoing story will be told, with more mysteries revealed across each episode. Gameplay footage has not yet been revealed.

A well-known figure within the Roblox community, KreekCraft has well over 3 million subscribers on YouTube. He is most associated with streaming Roblox games such as Piggy and Friday Night Funkin', but he also plays Minecraft and Five Nights at Freddy's from time to time. Most recently, Kreek featured as a special guest at the Bloxy Awards 2021, while taking home the award for Best Video Content Creator.

Players may recognize Wonder Works Studio behind Overlook Bay and Traitor, the latter of which demonstrates the studio's experience in horror game development. Wonder Works Studio, consisting of a talented team of Roblox developers, was launched by MeganPlays, a fellow content creator within the Roblox community.

Gameplay details have not been announced for TIMMEH!. But if we had to guess, the game might be somewhat similar to Piggy, one of the most popular Roblox games along with one of KreekCraft's most streamed games. Of course, this is all speculation and with only two weeks out until release, it won't be long until gameplay is revealed.