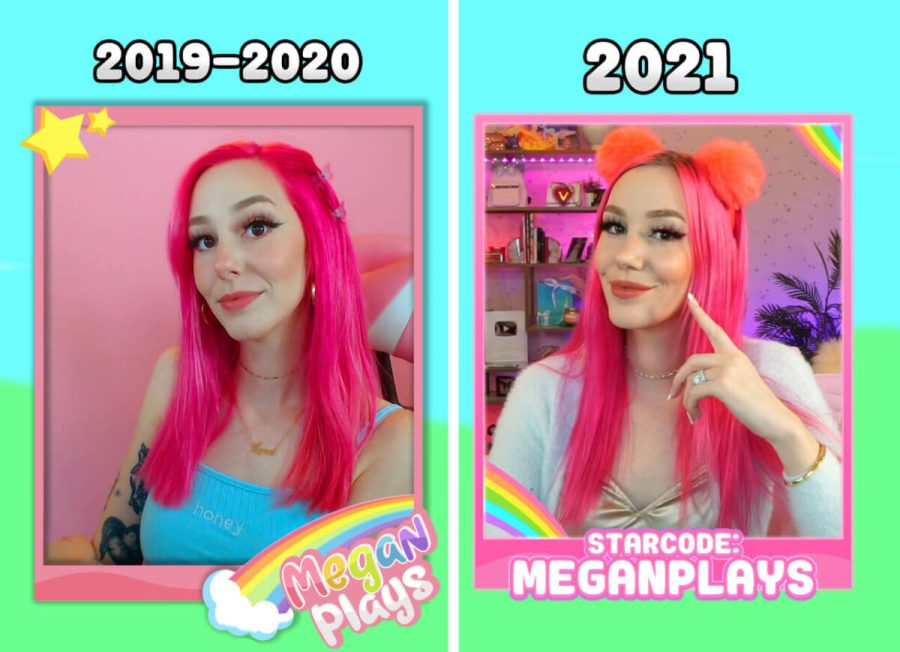 At this point, "YouTuber" is an understatement. It's just one name from a long list of accomplishments that Megan "MeganPlays" Letter has thus far cemented in her career. Having garnered over 3.3 million YouTube subscribers and over 1.4 million Roblox followers in just a few years—along with expanding her platform in other directions such as Stay Peachy merch, a Roblox game studio, and even TikTok. At this rate, MeganPlays shows no signs of slowing down a Roblox empire that she built from the ground up.

Mike Stubbs, games contributor of Forbes, certainly agrees. Stubbs interviewed MeganPlays in a Forbes profile, detailing everything from her meteoric rise to fame within the Roblox community to her success of branching out her career through further successful opportunities. What started out as a YouTube hobby turned into a seven-figure salary.

Super excited to have an article on @Forbes!
Roblox really does make dreams come true! 💖 super grateful to have made it this far, and were excited to see what the future holds. Seize every opportunity that comes your way!
Thank you so much @MikeStubbsy!https://t.co/1Yb6dv80d0

If you haven't heard of MeganPlays, she got her start as a modest YouTuber who quickly became popular after creating Roblox content; typically, she covers games like Adopt Me. From there, she expanded with a merchandise line and through promoting popular brands. Oh, and you might be surprised to know that she is the mastermind behind Wonder Works Studio, the Roblox game developers behind Overlook Bay and Traitor!

So, yeah, MeganPlays is kind of a big deal for Roblox, not to mention as one of the most successful content creators on the Internet.

MeganPlays offered encouraging words for new content creators and influencers who might otherwise fear the impossible task of reaching the heights of her own success. While it does of course take loads of work, dedication, and perseverance to create successful content, MeganPlays emphasizes the importance of diversifying your personal brand as an influencer.

“I think it is massively important for YouTube creators to step out of the box and try to diversify while they can,” said MeganPlats. “If you think it’s too early to sell merchandise, it’s not! You never want to blink and feel like you’ve missed your opportunity to launch new channels, sell merch and really solidify who you are in your community. It’s as simple as creating a design to sell on teespring, where I think all YouTubers get their start. YouTube is a wild ride and can be over in the span of a couple of years. You will wake up one day wishing you did more for yourself.”

The rest of Stubbs's feature on MeganPlays is available to read on Forbes. It's worth the read!

Looking for free rewards in Roblox? We have a ton of them in our Roblox Game Codes post! You can also get a bunch of free stuff via our Roblox Promo Codes page.