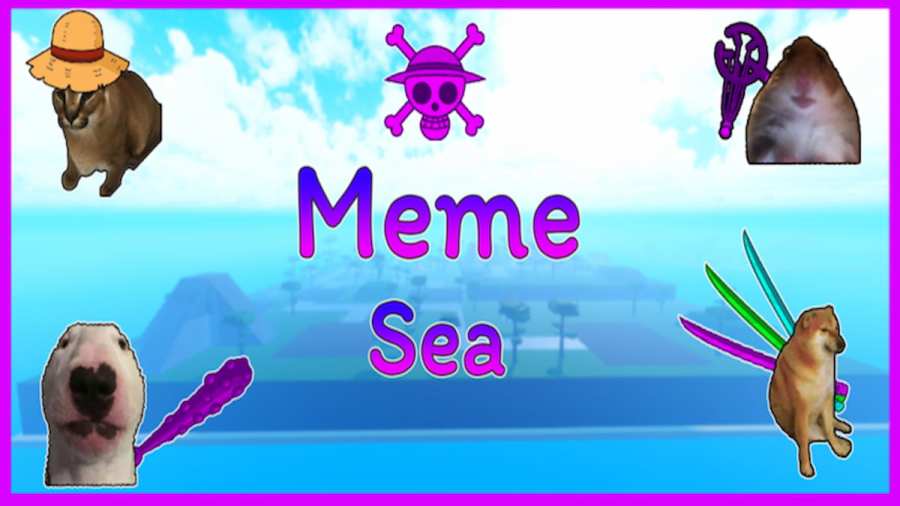 Set sail and fight all the enemies that stand in your way as the most powerful meme? Meme Sea has combined two of the internet's favorite past times, memes and anime characters! Inspired by One Piece maps and worlds, you can now fight with flair as you use your favorite animal meme to power you up and defeat those pesky cats.

The codes you can claim in Meme Sea are for the in-game currencies of Gems and Money. Gems are used to buy items to strengthen your character, and money can be used to buy random powers to use in battle. These codes are a massive boost for starting players.

Find the Straw Hat Pirates and their adventures on these Roblox experiences. We have the codes for all the Devil Fruit you need to become the most feared pirate on the high seas. Claim these codes on Roblox Project: One Piece Codes, A One Piece Game Codes, One Piece Tower Defense Codes, Sea Piece Codes, and A Piece Codes.

Collected a ton of new memes, and these codes fell out.

Here's a look at all the working Meme Sea codes.

Here’s everything you need to know regarding Meme Sea codes.

How to redeem Meme Sea codes

Redeeming codes in Meme Sea is easy. Follow our guide below.

How to get more Meme Sea codes

There could be several reasons why your Meme Sea codes aren't working. These codes may be mistyped or missing punctuation when put into the text box. Copy and paste the codes from our list to avoid making any mistakes before clicking on the Redeem button. Most Roblox experiences have time-sensitive codes, and these codes could be expired. Claim the codes as soon as possible from our, working list to never miss out on another freebie!

How to use powers in Meme Sea?

To use powers in Meme Sea is super simple. Firstly you will need power in your possession, and you can get powers by finding them throughout the map or buying a random power at the store. To use the power, press the 2 key on your keyboard, and your character will eat the power. That power will now be able to use.

What is a Meme Sea game?

A Meme Sea game is an action RPG adventure set in the world of One Piece. You can combine the love of pirates and memes in Meme Sea. Eat memes and gain the powers of the cat or dog. Complete quests on your journey to becoming the most powerful memer. Can you meme your way to the top of the leaderboards?