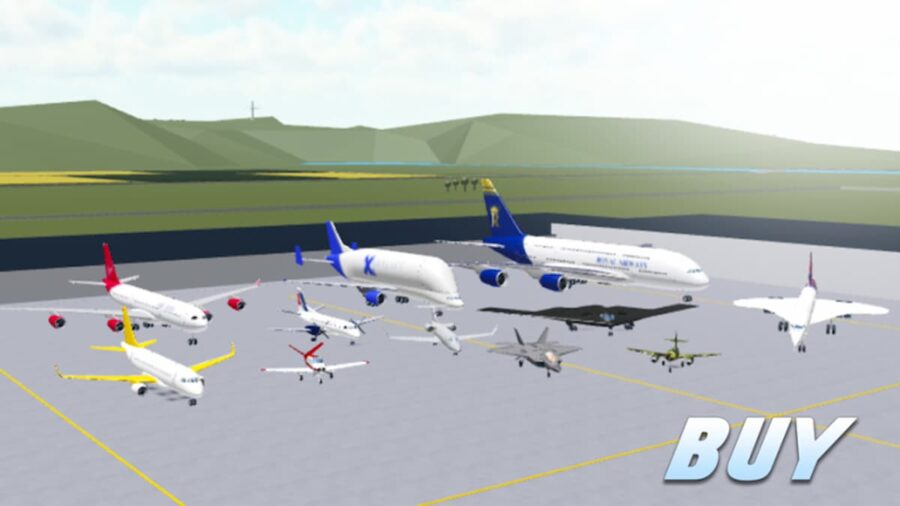 If you've ever wondered what it's like to earn money as a pilot, then Airplane Simulator is the game for you. You play as a private contractor pilot whose only job is to transport cargo and people to different places around the Roblox world. As you pilot your way around the world and complete quests, you earn money for your efforts that you can use to purchase better and faster planes!

You can give yourself a head start in the game by using codes that instantly grant you exclusive rewards. Most of the codes below will grant you cash, which is always helpful, even if you've been playing for the game for a long time. However, codes can also provide other helpful things like new planes and rare effects or skins for them, depending on what developer Fat Whale Studio adds to the game.

If you find our codes list for Airplane Simulator helpful, be sure to check out our vast list of codes for hundreds of other popular Roblox games. We have the latest codes for other simulator games like Clicker Simulator and Weapon Fighting Simulator. Or if you are looking for more games related to airplanes, you can check out the lists for Airport Tycoon and Survive a Plane Crash.

Here's a look at all the working Airplane Simulator codes.

Here are the answers to some of the most common issues players have while playing Airplane Simulator.

How to Redeem Airplane Simulator codes

It's easy to redeem codes for free rewards in Airplane Simulator. Launch the game and press the Settings button on the left side of the screen. A new window will appear where you can enter each working code into the text box. Press Enter to receive your free reward.

How do I control the plane in Airplane Simulator?

Without a tutorial, many players are confused about how to operate the plane. There are a few basic controls you need to know to get started, but the rest of them you can learn by pressing 'T' on your keyboard while you're in a plane.

To get in a plane, you simply need to spawn it from one of the plane spawners. Once you have done that, press 'E' to start the engine, then press 'W' and 'S' to speed up and slow down. Shortly after you start moving forward, your plane will lift off the ground. Move your mouse to make the plane fly in the direction that your camera is facing. To look around without turning, hold down the Right-click button while moving your mouse. You can also set your plane on auto-pilot by pressing 'Y'.

How do I get more Airplane Simulator codes?

Most developers for Roblox games provide new codes via their social media platforms, as well as updates and leaks about upcoming changes for the game. Fortunately, Fat Whale Studios is fairly active with their gamer community, so you can expect any new codes to be posted to their Twitter account. You can also join the official Discord to interact more with the community and sometimes find secret codes!

What is Airplane Simulator?

Airplane Simulator is a Roblox simulator game that focuses heavily on piloting airplanes to progress through the game. Like many simulator games, your goal is to complete tasks to earn money that you can use to purchase better and faster planes. Unlike other simulator games, this game requires players to master motion controls and forces them to travel to each destination to complete their objectives.