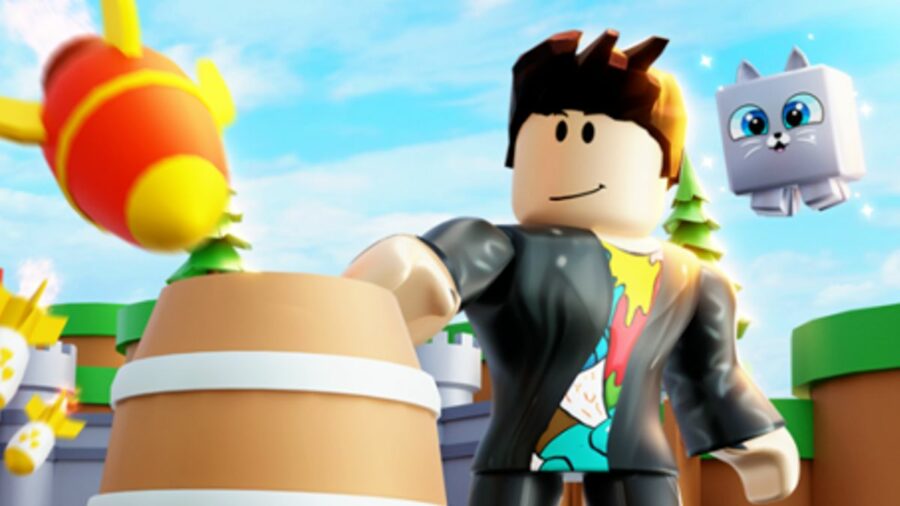 Make things go BOOM in Boom Simulator. Equip an explosive nuke that will automatically explode on objects that damage their health. Once destroyed, you will earn Cash and Gems that you can use to upgrade your weaponry or purchase pets that will increase these drops astronomically. Unlock new worlds, find better pets and get yourself on that leaderboard!

Use our Boom Simulator codes for a bunch of explosive free rewards that will give you a boost to your Cash and Gem gains. These codes will give you new pets such as Sonic and some Cake and instant Cash and Gems to help you progress further while playing.

Here's a look at all the working Boom Simulator codes.

These codes for Boom Simulator are no longer valid.

Here's everything you need to know regarding Boom Simulator codes.

How to Redeem Boom Simulator Codes

It's easy to redeem codes for free rewards in Boom Simulator. To do so, follow the instructions below.

How to get more Boom Simulator codes

There are two great ways to get more Boom Simulator codes. The first is to keep an eye on this page and keep returning as we'll update it with the latest codes. Pressing CTRL +D will bookmark the page, allowing you to make a shortcut directly back to us!

Your Boom Simulator codes may not be working because you have made a typo, and the game will not recognize the code if it's not 100% accurate. To make this doesn't happen, copy the code directly from the list above and paste it into Boom Simulator.

If the code is accurate, then it means that the Boom Simulator code is expired and no longer works. If that happens, please let us know so we can move it to the appropriate section.

What is Boom Simulator?

Boom Simulator is all about taking things out with explosions. Use your bombs/nukes to passively destroy objects, which drop Cash and Gems that you can use to purchase better equipment. You can also obtain pets that will increase how much currency you earn after things explode. Head to new worlds, and get yourself on that leaderboard!

We have many of them in our Roblox Game Codes post if you're looking for codes for other games! You can also get a bunch of free stuff via our Roblox Promo Codes page.