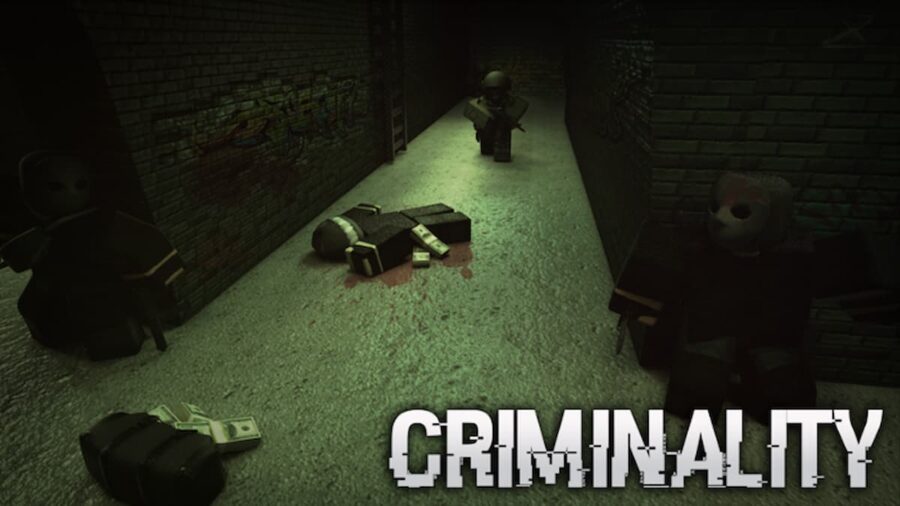 Dive into the punishing gameplay of Criminality, where you face off in this free roam fighting game in the most hostile place known to man, SECTOR-07. Earn cash by killing your enemies, claiming bounties, and looting safes and cash registers. Survive by earning experience and earn as much money as you can!

Our Criminality codes will give you rewards from the criminal underworld that you can redeem for instant cash and boosts, such as earning double the experience. Use these codes and survive against people exiled from civilization, by buying weapons from black market dealers on the map.

If you want other Roblox games that involve crime, why not check out our other code lists for Roblox Jailbreak, Jail Tycoon, Prison Tycoon, Prison Escape Simulator, or find the best Roblox Game Games.

Here's a look at all of the working Criminality codes.

These Criminality codes no longer work.

How to redeem Criminality codes

How to enter Criminality promo codes

It's easy to redeem codes for free rewards in Criminality. Just launch the game and walk around until you find an ATM, click on it or press E. ATMs may look like the classic standup kind or the recessed (in the wall) bank ones like above. A new window will appear, click on Redeem Codes, then enter each working code into the text box. Press Redeem to receive your free rewards.

How to get more Criminality codes

The best way to get Roblox Criminality codes is to follow CriminalityRBX and RVVZ over on Twitter. Another method is to join the official Criminality Discord and the Criminality Community Roblox Group.

Why do Criminality codes say an 'error occurred in your request'?

If a message appears saying 'error occurred in your request' when attempting to redeem a code in Criminality, it means that the code you are using is expired.

Sometimes Criminality codes can expire very quickly, so if a code is in our working section but doesn't work, let us know so we can move it to the expired section.

What happens when you enter Criminality codes?

When you enter Criminality codes, you will be given instant cash or a boost to bonus experience gained depending on the code. You can buy new weapons to help survive in SECTOR-07 against other players with cash. The double EXP gained will be handy to level up and become stronger.

Roblox Criminality is a free-roaming fighting game where you are up against other players fighting to the death. Every 15 mins, you are given an allowance of cash to spend on weapons and more to help survive in this deadly location. But it's not that simple. You need to find an ATM to withdraw and deposit your money. If you die with equipment and cash on you, all items will be lost, but a small percentage of your money will be gone.

As players kill each other, they may gain a bounty, where they will become the target of all other players. You will earn a massive cash sum if you land the killing blow. But will you then get a bounty on your head? Play it safe, but kill to survive in Criminality!

How do you unlock Standard play in Criminality?

Standard play is how Criminality should be played, and it unlocks when you reach level 8 or above in-game or if you have Prime. You need to level up in casual before entering this mode because you need to get a feel for the game, as it doesn't hold back!

There are some differences between the difficulties, casual and standard, that change how Criminality is played. Stick with casual if you are in a few quick casual games, but play standard if you want that hardcore experience.

Knowing the map is like knowing your enemy. Understanding where you are and where you're heading can make all the difference when playing Criminality.

Use this handy map created by Reddit user Yaukari to help you become the best!