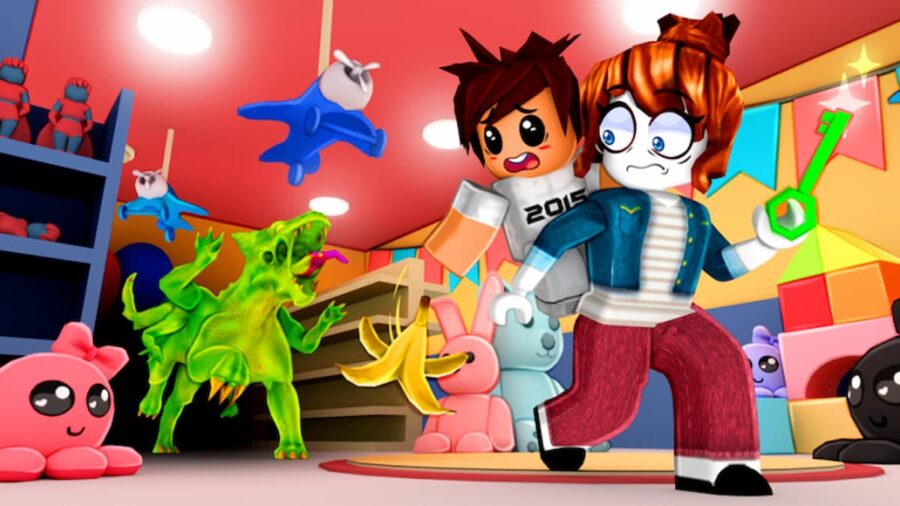 Official gameplay trailer was revealed for TIMMEH!, the upcoming horror game from KreekCraft. The popular Roblox streamer uploaded a gameplay trailer on YouTube, and it looks like there will be hours of mysteries to uncover.

In TIMMEH!, the peaceful town of Wayfind Creek is disrupted when monsters from another universe invade. Players must help Timmeh explore the twisted version of Wayfind Creek and solve puzzles across the town to discover what's really going on.

When TIMMEH! was first announced, it was revealed that content would be released in episodes. Judging from the gameplay trailer, it looks like each episode will be contained within one location. Within each area, players must multiple solve solve puzzles, all while being chased by monsters.

The trailer demonstrated three players working together, so co-op multiplayer will most likely be included.

Backtracking will most likely be a must, as many of the puzzles are scattered throughout each area. So in addition to the sheer wits needed to outrun the deadly monsters, players must also remember where certain items are placed as they navigate the world.

Players will find these survival horror mechanics most similar to Roblox experiences like the Stranger Things: Starcourt Mall minigame, Kitty, and Piggy—the latter of which KreekCraft is most well-known for streaming.

Roblox TIMMEH! was created by KreekCraft, one of the most popular Roblox streamers with well over 3.3 million YouTube subscribers. The game is developed in collaboration with Wonder Works Studios, the team behind Overlook Bay and TRAITOR!

Hidden passages. Locked doors. Wooden bridges. These are just a few of the obstacles between you and survival in Roblox TIMMEH!, officially releasing on Sept. 3, 2021.

For more Roblox news, check out Roblox Adopt Me Summer Sale | All Deals and Prices on Pro Game Guides.