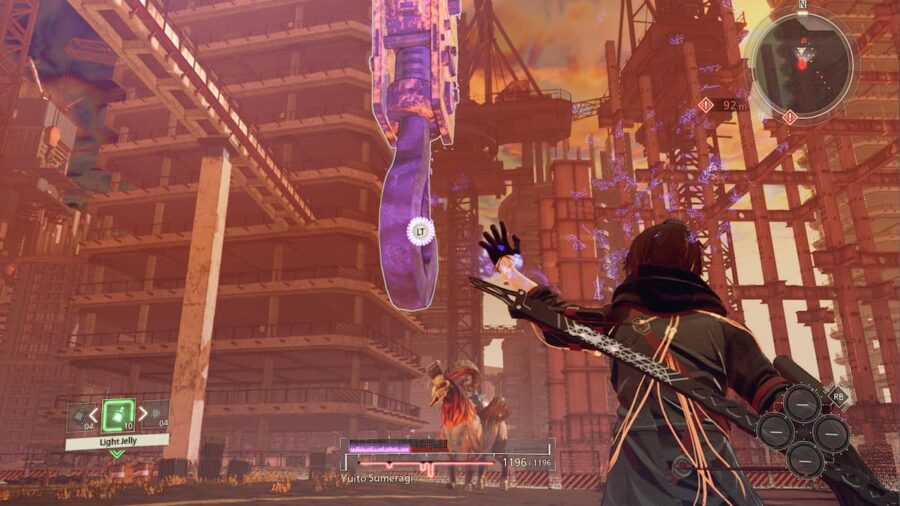 Scarlet Nexus battle system is fairly unique, as you can use Psychokinesis to launch objects at enemies to deal damage and much more. But sometimes, you can use objects in a unique way, and these objects are referred to as Gimmicks.

Gimmicks are objects that you can interact with your power or by lending someone else's with the SAS system, such as allowing you to get through fences to reach a new area/room. These can be various objects that you have to hold down LT, L2, or Right Click for a few seconds before an animation plays of you using the said object in an interesting and cool way that deals tons of damage to enemies.

Related: How to find and accept Side Quests in Scarlet Nexus?

Sometimes when you use a Gimmick, you have a quick-time event involving analog sticks or WASD keys input to successfully use it properly. You can fail these, which causes no damage to occur. Gimmicks are heavily used in boss fights, like against Gunkin Perry, to help defeat them quickly.

To find Gimmicks is straightforward. Open up your Map, and Gimmicks are the Triangle Icons with the three smaller black triangles within them. If you head near this icon during a battle, you'll be able to use it against your foes to deal heavy damage to them. These also appear on the mini-map.