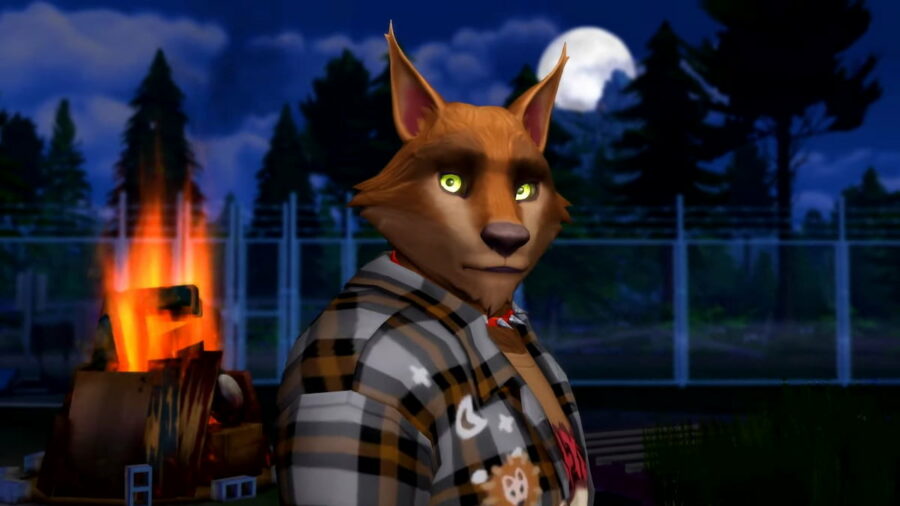 Sims 4 has a new Werewolf pack on the horizon, and the latest occult creatures for the game are causing quite a stir. Fans can access the new Werewolves pack in mid-June 2022, where they can dive into the sleepy town of supernatural beings.

Like Mermaids and Vampires, Werewolves are an occult Sim type that is attached to a playable Sim, rather than just being a creature. Their appearance is humanoid in nature, with a lot of cosmetic details that add to the wolf-like appearance. The anthropomorphic creatures may look convincing to some, but their appearance has stirred quite the controversy, as many have spoken out against the Werewolf look. A large number of fans think the style is awkward and not in line with expectations of past games.

What day/time will the Sims 4 Werewolves Game Pack release?

In a post on the official Sims 4 Twitter account, Maxis confirmed it will release the Werewolves game pack on June 16, 2022. While the exact time of day has not been confirmed, Sims 4 packs are typically released at 12pm CDT. We can't be certain what exact hour the game will drop, but players who have the game pre-ordered are typically notified when it is officially released.

What will be included in the Sims 4 Werewolves Pack?

The Werewolves Pack for The Sims 4 is a game pack, which is the next tier below an expansion pack. These packs are focused more on gameplay aspects like the mechanics for Werewolves. The Vampires Game Pack is comparable to what will be in the Werewolves Pack. This info, as well as what is seen in the trailer, hints toward these possible features:

What is the Sims 4 Werewolves Game Pack about?

The Sims 4 Werewolves Game Pack will, naturally, be about Werewolves in the world of Sims 4. What this means, more specifically, is that the pack will be centered around Werewolf-oriented gameplay and world design. It seems, from looking at the trailer released by the official Sims YouTube channel, that the game will focus on adult Werewolves living in a small, rainy forest town.

The style is based on thrifted furniture and decor, rustic homes, and alternative clothing choices. Werewolves seem to have options, such as fighting with others, forming packs, and transformation. While it has not been confirmed that the full moon will factor into the Werewolf transformation process, imagery of full moons can be seen constantly throughout the trailer.

Sims 4 Werewolves – What they look like, release date, & everything we know