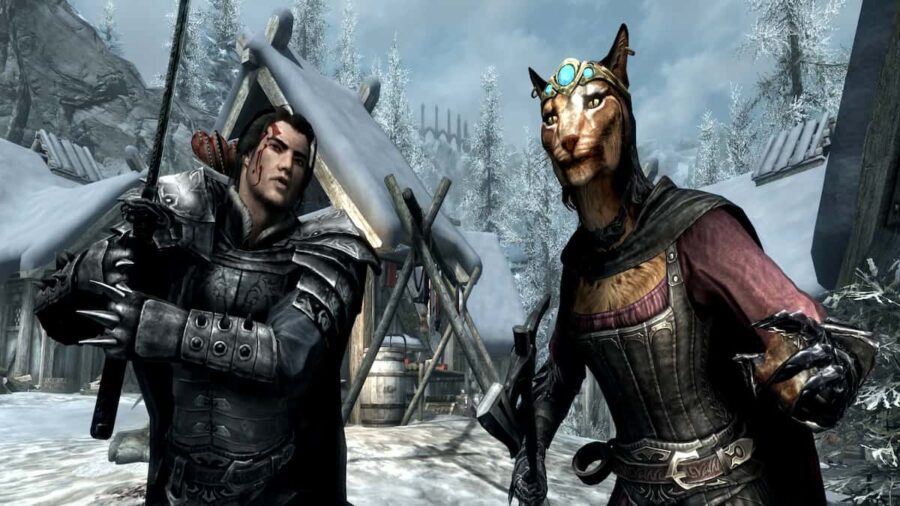 Skyrim was made for some races to roam free and annihilate everything in their path. Changes from Oblivion may have left some races feeling outdated, but others have shone brighter. Here are the races we think are the strongest in Skyrim.

Maybe you'll agree, maybe not, but this is our list, and these are the races we believe to be the best in Skyrim.

While this is a controversial matter, Bretons enjoy having both Elves and Imperials at their disposal. A Breton is the best race to choose if you want to play a good mage without playing an Elf. They are very resistant to ALL schools of magic, and they can even become more resistant with their Dragonskin ability. If you're looking for a build that can use both a sword and magic, this is the race to choose.

Despite being great in two areas, Breton's aren't a master in either, making them first on this list.

Redguards are the best races of the game for people who use shields, dual-wields, and bows or who specialize in builds relying heavily on Stamina. In addition to their natural affinity for weapons, their Adrenaline Rush skill can be used to rapidly regenerate Stamina so they can block, spam power attacks, or zoom in with their bows.

For high DPS builds, this is the race to choose.

Nords are a strong race, but any player wishing to build a high damage tank build should always choose an Orc. The Orcs get bonus points for every skill that revolves around melee combat. Additionally, they have extra enchanting points, essential to melee fighters since enchanted weapons are too good to ignore. As well as reducing incoming damage, their Berserker Rage also enhances their own strength.

Even though Skyrim wasn't designed with magic in mind, this race is still the best at utilizing this skill set. Skyrim's magic can sometimes be overpowered because players can summon weapons, summon allies, and even mimic other races' abilities. Magic is like having a weapon that can become anything.

A High Elf can regenerate magic quickly, which makes this race great because magic takes a while to regenerate. For those who enjoy playing with magic builds, Oblivion had better magic builds than Skyrim.

A must-play race. Hands down. This is because it's the best overall character in a world where players don't have to be superb at one thing to succeed. The Imperial can be molded to fit any situation, and players will do well in it.

Because of their one-handed, shield, and enchanting bonuses, these are great for beginners. Their skill, the voice of the Emporer, lets them get out of sticky situations quickly. In fact, just because of how versatile it is, it is the OP race.

For more information on Skyrim, check out Best Followers in Skyrim and Best Mods for Skyrim on Pro Game Guides.

Best Races to play in Skyrim