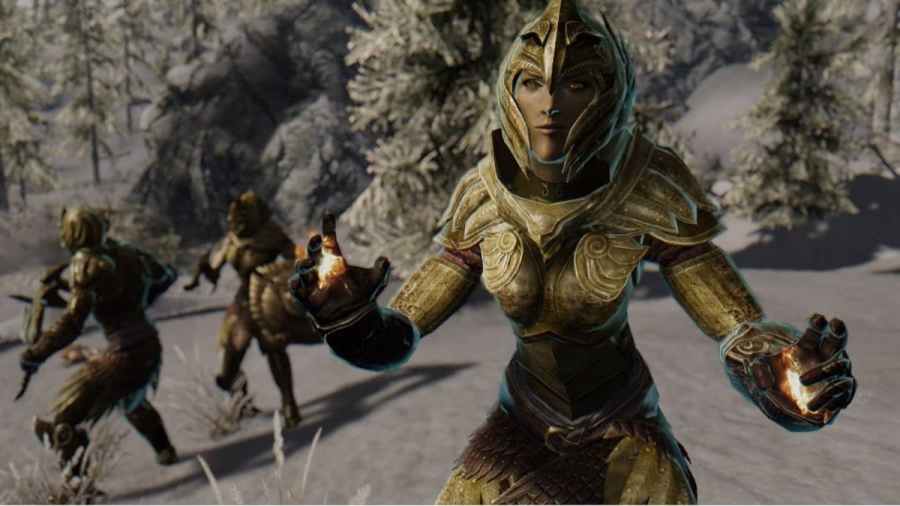 Skyrim is an ever-popular Elder Scrolls saga where players constantly find new and innovative ways to play. The game is very popular in modding circles, but you can always find interesting and alternative ways to have fun without touching the game files. One such way is taking on opponents barehanded. This guide will help you achieve a viable bare-fisted build that will leave your opponents battered and bruised!

Making a bruiser build that focuses on bare-knuckle fighting is a complex challenge because Skyrim focuses on weapons and magic fighting. Developers allow you to fight only with your fists, but they had it in mind only as a last resort. It's still doable, however, you will need to lower the difficulty and build your character completely around it. This is the only way to achieve this build without modding the game.

Choosing the Race for the Bare-handed Build in Skyrim

Argonian and Khajit are the two most favorable races for this type of build in Skyrim. Starting as any of those two races gives you a bonus for unarmed damage. These are the starting unarmed damage points for each:

Your choice between the two is not mandatory on this matter, but it will help things a lot, especially early on in the game.

Related: How to get the Bow of Shadows in Skyrim

Choosing the Armor for the Bare-handed Build in Skyrim

The armor choice for the bare-handed build in Skyrim should always be Heavy Armor. A Heavy Armor skill tree perk called Fists of Steel will grant you additional unarmed damage points based on your heavy armor glove rating. This perk will be your main source of damage in this build. Also, the Unarmed build is not optimal in any way, so you will definitely benefit from the Heavy Armor protection.

Blacksmithing Skill Choice for the Bare-handed Build in Skyrim

You will need to invest in Blacksmithing if you opt for the Bare-handed Build in Skyrim. This skill will grant you access to the best possible Heavy Armor set and gloves without resorting to a random draw of luck while looting. The best armor sets become exceedingly rare as you progress in the game, and fighting unarmed will be an uphill battle, even without the sub-optimal gear to aid you. Needless to say, you will want to reach the Dragonplate Armor eventually.

Are you looking for more Skyrim guides? We have what you need; check out Skyrim Alchemy Guide – Best Recipes List and How to cure Vampirism in Skyrim here on Pro Game Guides!