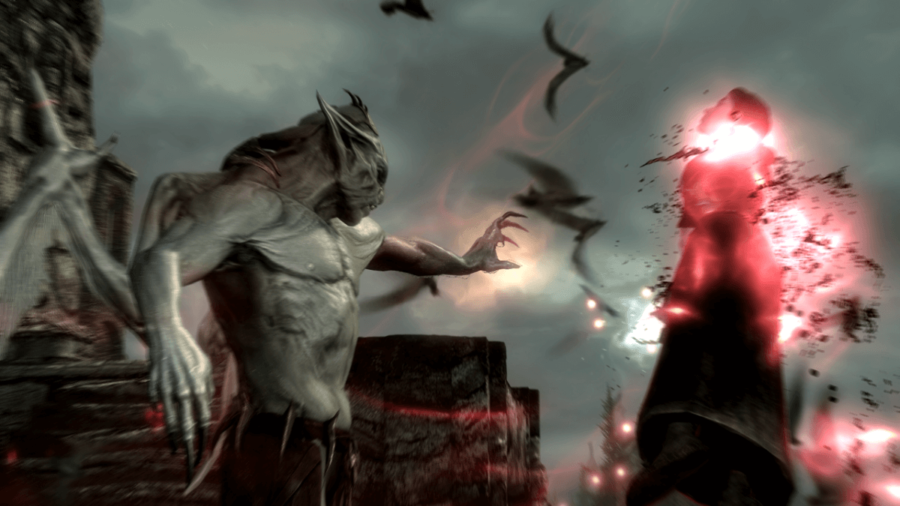 A huge danger when fighting vampires in Skyrim is that you have the chance to contract vampirism, but luckily there are few ways in which you can rid yourself of the vampiric blight.

How to Cure Vampirism in Skyrim

There are many ways in which players can rid themselves of the vampire disease in Skyrim, the first of which is via the use of a cure disease potion that can be found and bought from potion shops. You can also craft these potions via alchemy using the following resources.

You can also pray at a shrine of Arkay to rid yourself of the disease, along with asking followers of Stendarr to cure you—these shrines can be found in temples of most large cities in the game. You can also find followers of Stendarr at the hall of the vigilant. However, these methods are only viable before you start hungering for blood, so if you received the pop-up for this, it's too late to use any of these cures.

At this point, you will need to seek out a certain quest and NPC by visiting a local tavern and using the Have you heard any rumors? option with the Innkeeper. But before you can get this option, you will need to make sure you are at the fourth stage of vampirism, which you can get by not feeding for four days.

At this point, find the Innkeeper and use the dialogue option. Eventually, the Innkeeper will inform you of a certain Falion who studies vampires in Morthal. After speaking to the Innkeeper, you will get a quest called Rising At Dawn and will need to travel north to Morthal and find Failon at his house inside the town.

When you speak to him, you eventually need to get a black soul gem for a ritual to cure vampirism—you can get black soul gems from the following sources.

Once you filled the gem, you will then need to return to Falion, who will explain that you will need to meet him outside town at dawn. At this point, you will need to go to a location marked on your map in the morning around 5 am in the game. Upon arriving, speak to Falion; after some dialogue, you and Falion will then conduct the ritual, which will cure you of vampirism for good.

For more on Skyrim, we at PGG have you covered with guides like Skyrim Item Codes List and Best Open World Games on PC.