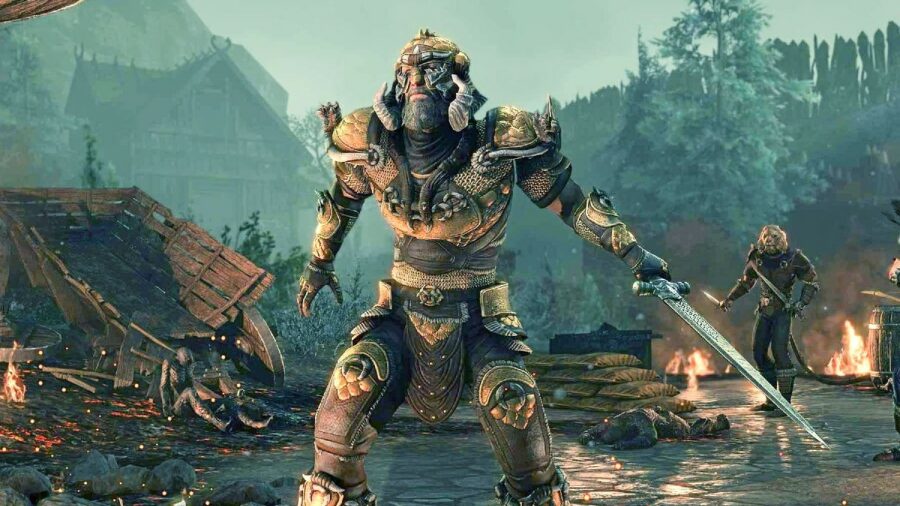 Open-world games are brilliant because you don’t have to follow a path. You can explore new worlds, meet exciting characters, and encounter fearsome enemies. You can play the game on your terms and even take a break to admire the scenery.

The best open-world games take you away from your mundane life and immerse you in a world where you can be a hero or villain. They take you to places you couldn’t have imagined and make you part of the story.

Here are some of the best open-world PC games in recent times. 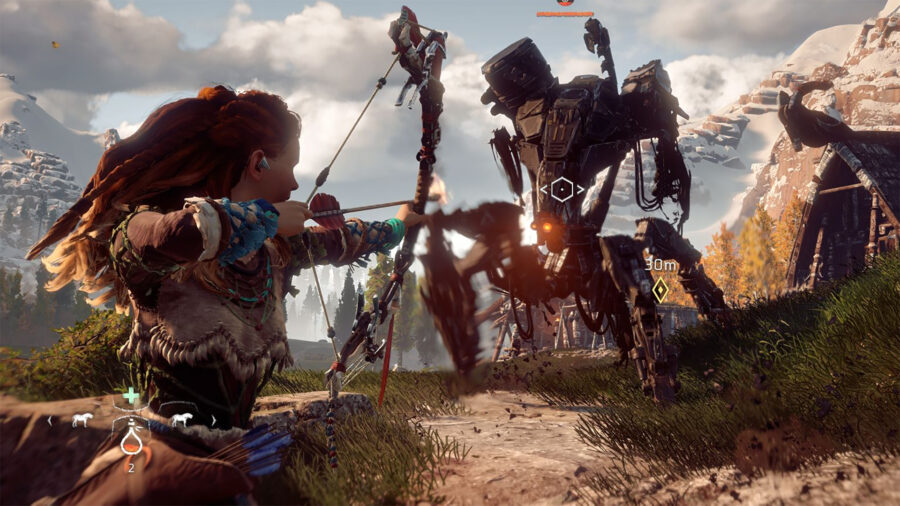 Initially, a Playstation 4 exclusive, Horizon Zero Dawn tells Aloy’s story, a young girl living in a post-apocalyptic Earth where robotic beasts roam freely. The world-building is fantastic, and Guerilla Games took the time to craft a rich story complete with history and different cultures. The visuals are some of the best, with thick jungles, snowy mountains, and scorching deserts. Every area is unique, with glimpses of a past civilization.

One of the best things about this game is the fluid movement and combat systems. Aloy can run, jump, and dodge on the fly, and switching between weapons is a breeze. Following as she progresses from a young girl to an expert hunter is very satisfying. Unraveling the mystery of what happened to the Earth is also a nailbitting experience. 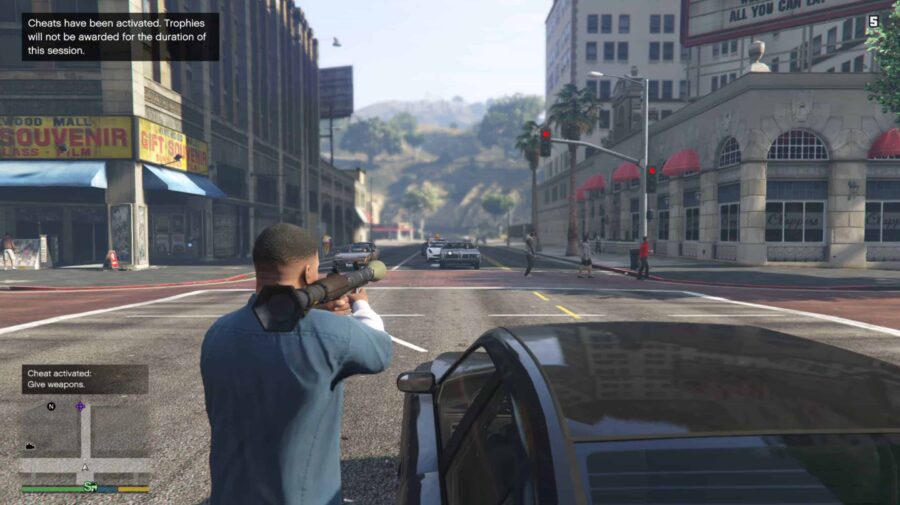 No open-world list is complete without GTA. It’s gone from strength to strength over the years and always seems fresh. GTA V departs from the structure of the previous installments with three protagonists instead of just one. Trevor, Franklin, and Michael all have distinct personalities and backstories. The way their lives clash makes for some intense and memorable moments, and you feel like you’re in a movie.

Despite its age, GTA V remains popular because of the incredible attention to detail. Each area of  Los Santos has its vibe, and the staggering amount of vehicles is also impressive. You don’t even have to do missions. You can just drive around having a blast in your supercar. 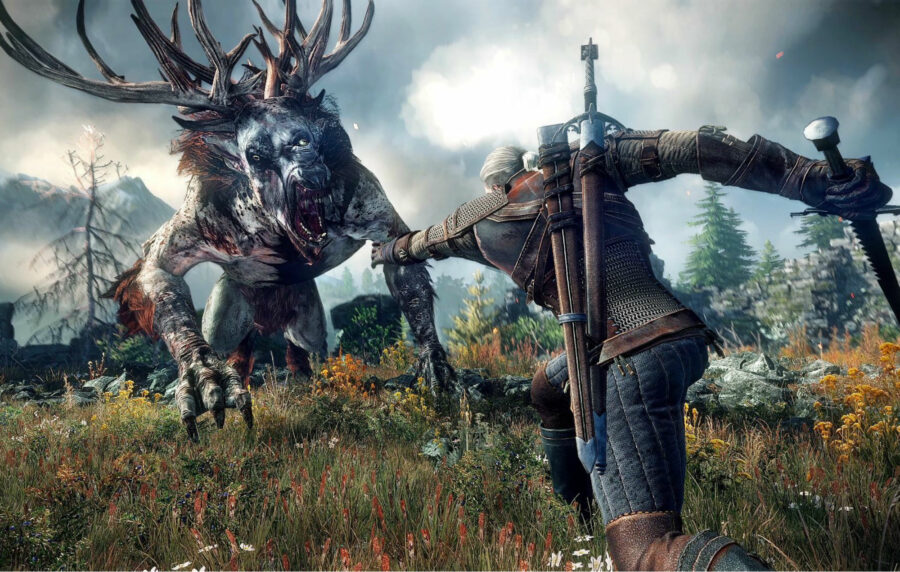 The Witcher 3: Wild Hunt is often regarded as one of the best games ever. It’s based on novels by Andrej Sapkowski and has even spawned the TV show featuring Henry Cavill. Geralt of Rivia is a memorable protagonist because he gets to choose which path to follow. There are many dialogue options and what you do determines the course of the game. 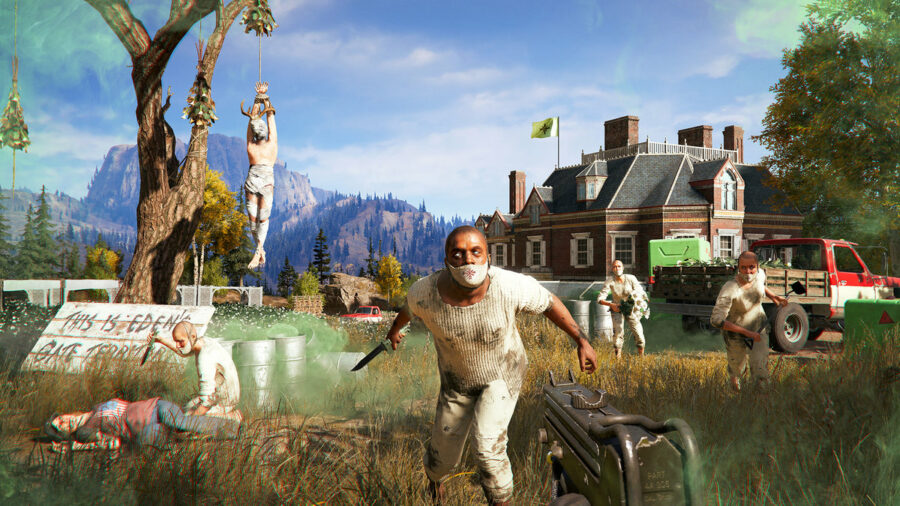 Farcry’s renowned for taking players to exotic places like tropical islands or the Himalayan mountains. Farcry 5 switched things around and set the game in fictional Hope County, Montana. The area is crawling with a doomsday cult called Eden’s Gate, and it’s your job to take them down. You start as an unnamed deputy sent to arrest the leader, Joseph Seed, but things go wrong, and you barely escape with your life. The rest of the game is spent fighting the cult with the help of the local militia.

Just like every Farcy game, the plot is paper-thin and gives you an excuse to shoot stuff. You get to ride quad bikes and fly helicopter gunships while blowing everything up. There’s even a bear, a cougar, and a dog to help you take down enemies. If you get bored with the action, you can go fishing. Farcry 5 is excellent because you can just switch off and cause havoc without much thinking involved. 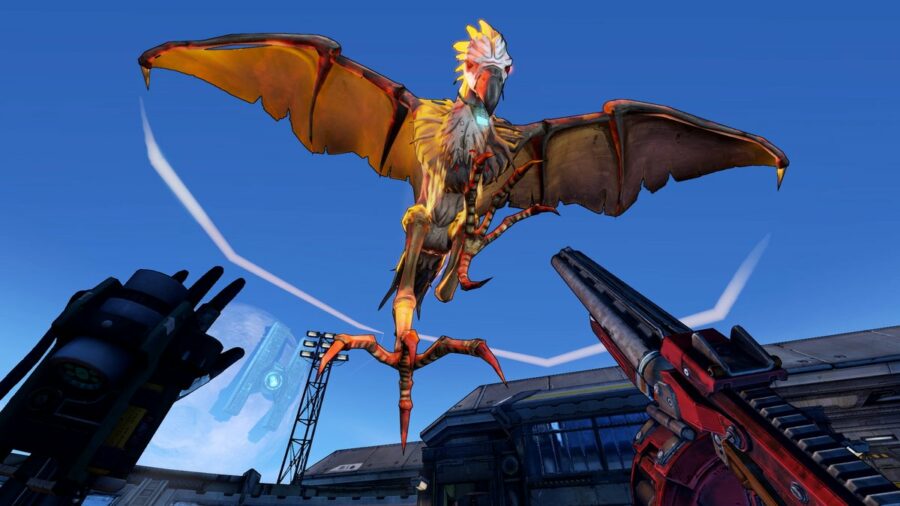 Borderlands 3 may be great, but Borderlands 2 is arguably the strongest entry in the franchise. As a vault hunter on the planet of Pandora, you have to fight against the villain, Handsome Jack, before he opens the new vault. Pandora has countless fascinating locations, and they are all populated with strange and deadly creatures. The loot system is also incredible, with thousands of guns available.

Each of the playable characters also has unique abilities, and there’s nothing better than mowing down enemies as a Gunzerker. Borderlands 2 is another game that’s all about gunplay and action. The humor is childish, and you have to ignore the annoying characters if you want to have a good time. 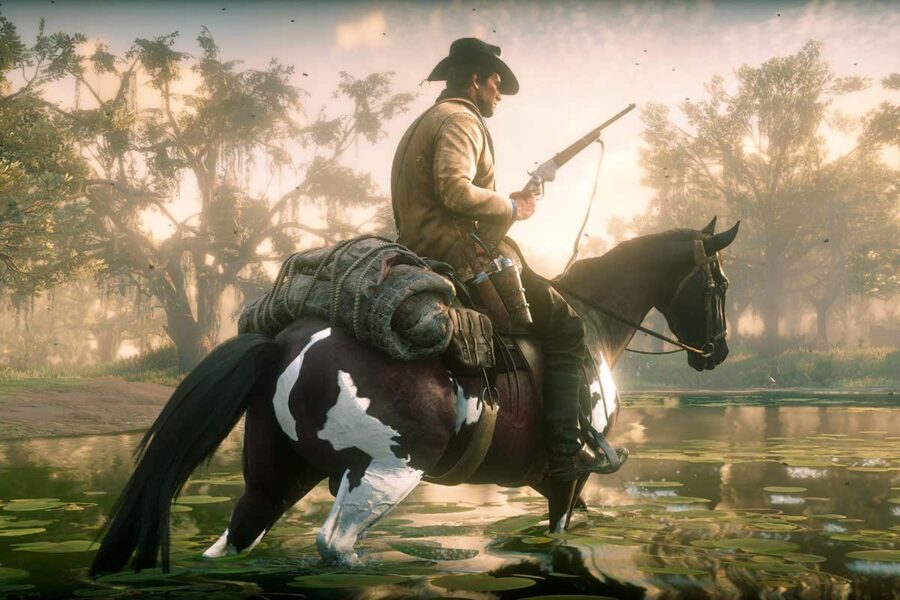 Red Dead Redemption 2 is one of the most beautiful games ever made, and its scale is astounding. Not only is the game massive, but it takes things to the next level when it comes to realism and what characters can do. You can tame horses, commit crimes, go hunting, gamble, and countless other things. Your character, Arthur Morgan, even has to wear appropriate clothes for the weather and eat right to keep healthy.

The story is also immersive as you make your way through the West as part of an outlaw gang on the run. Each member of the crew gets their moment, and you eventually develop genuine feelings for them. The only complaint about Red Dead Redemption 2 is that it can be too realistic and occasionally tedious. 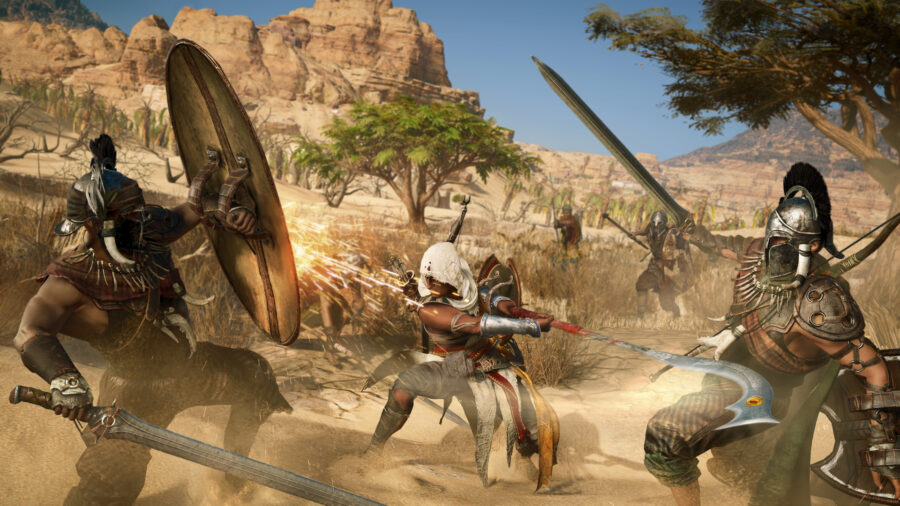 Odyssey and Valhalla a fantastic games in their own right, but Assassins Creed Origins was the real gamechanger that revitalized the franchise. Everything from the combat system, loot system, and mission structures were drastically improved. Shifting the series to ancient Egypt was also refreshing and different from anything seen before. The highlights of the game are undoubtedly the rich world and tight story.

Bayek, the protagonist, feels like a real person with real feelings instead of a generic cutout, and it’s a pleasure to follow him on his journey. This game is a historical epic on a grand scale, and everything feels authentic. 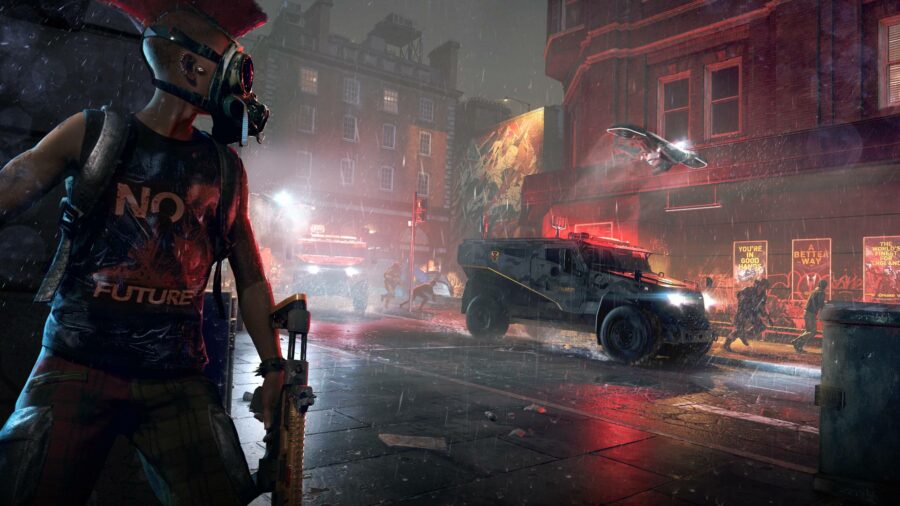 Watchdogs Legion isn’t a perfect game, but it has many unique elements to make it engaging. It’s one of the few games where there’s no real protagonist, and instead, you have to recruit regular people from the street and add them to your team. The results vary wildly depending on the character you choose. Some have special skills that can aid your missions, while others don’t have much to offer.

One of Legion’s other strengths is the terrifying vision of the future London. As a city with cameras on every corner, it’s easy to believe that it could become what the game is depicting. The London in the game is also very detailed and has an impressive collection of characters. 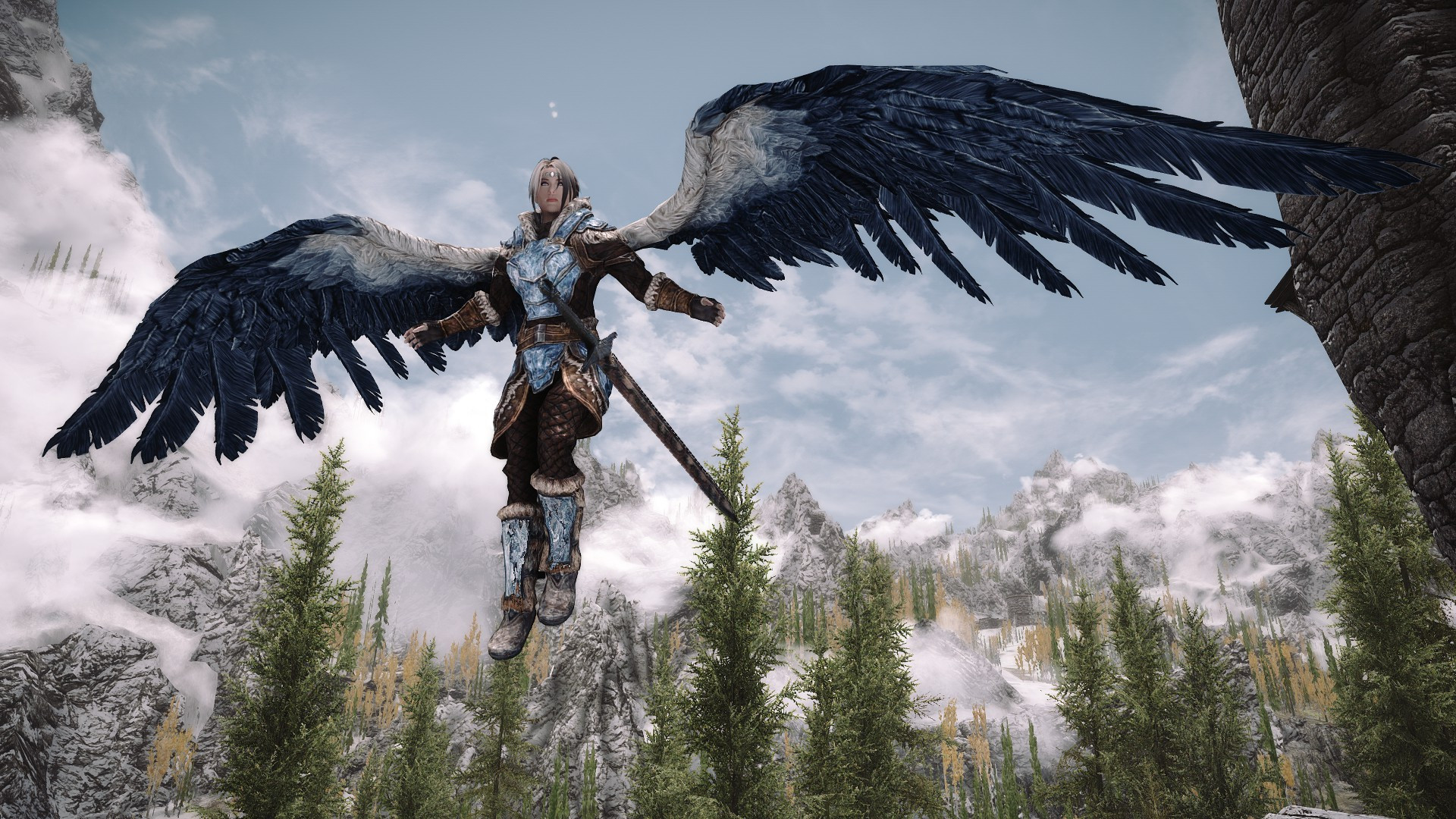 Skyrim is legendary for having a vast world full of surprises. It also gives you so many choices on how you want to play. You can either play the storyline quests or leave them out altogether to explore. You can use magic or weapons, or a combination of both. There’s just a neverending list of things to do, but they are all interesting and don’t feel grindy.

Everything from the human NPC’s to the countless monsters and creatures has a purpose. They also react to you in often unexpected ways. Some may be nice, while others will be hostile. They also respond differently at any given time, so you never know what to expect. Skyrim is the perfect game if you want to get away from the real world and be an elf or an orc. 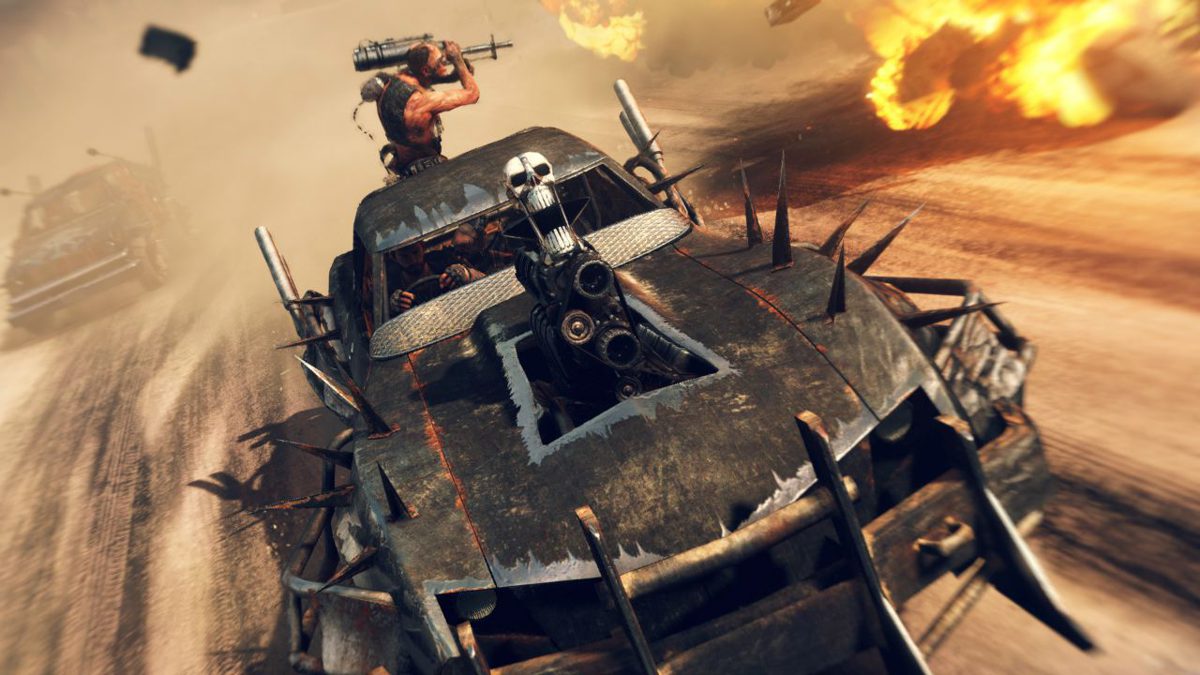 Mad Max is an underrated open-world game that will appeal to fans of the movies. It follows Max after he’s lost his beloved car to the War Boys. He meets up with a hunchback mechanic called Chumbucket, who believes Max is the chosen one and offers him a new car called the Magnum Opus. The plot isn’t unique, but the game succeeds in recreating the post-apocalyptic wasteland of the Mad Max universe and having terrific action scenes.

Compared to most open-world games, Mad Max focuses on vehicular warfare, and you spend most of your time trying to upgrade your car with weapons and armor. The game has a high fun-factor, especially when you’re blasting other cars with flamethrowers or pulling down towers with a grappling hook. It’s also one of the few movie-inspired games that doesn’t suck.

We couldn’t add every open-world game on this list, and there are many honorable mentions like Death Stranding, Fallout 4, and MiddleEarth: Shadow of Mordor.