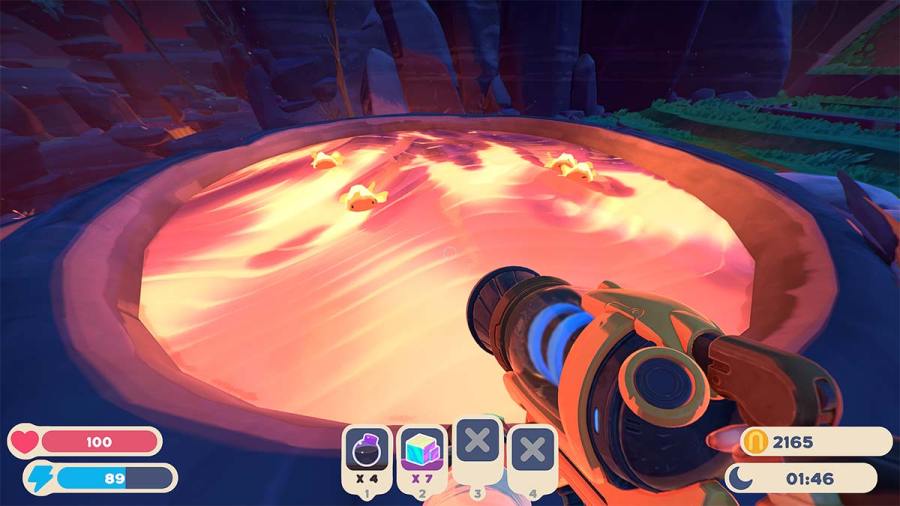 Amongst all the creatures that can be found in Slime Rancher 2, Fire Slime is one of the rarest to come across. While Pink and Tabby Slimes are common and roam around in every region, Fire Slimes can specifically be found in one small portion of the game's massive explorable world.

You can find Fire Slimes exclusively in the volcanic region of Ember Valley, an island located to the west of Rainbow Fields and your ranch. The area is filled with flowing lava streams and exploding Boom Slimes. You will also see numerous lava pools at this location, some of which will have Fire Slimes in them. We've marked the areas where we found these creatures on the map above.

Related: How to get Primordy Oil in Slime Rancher 2

How to farm Fire Slimes in Slime Rancher 2

While you can keep most creatures in Slime Rancher 2 inside Corrals at The Conservatory, some slime species like Fire and Puddle Slimes require special housing. As Fire Slimes eat only ash, you can build an Incinerator in an empty plot and put these creatures there. However, you will have to throw items such as fruits and veggies at the device so that it keeps producing ash.

There is one other way in which you will not have to give all your attention to these slimes. You can craft a Magma Pool at the Fabricator, place it in a desired spot, and put your Fire Slimes in it. To be able to craft this item, you'll first need to retrieve its blueprint from the pod located in the same region where you'll find these special slimes.

Where to find Fire Slime in Slime Rancher 2