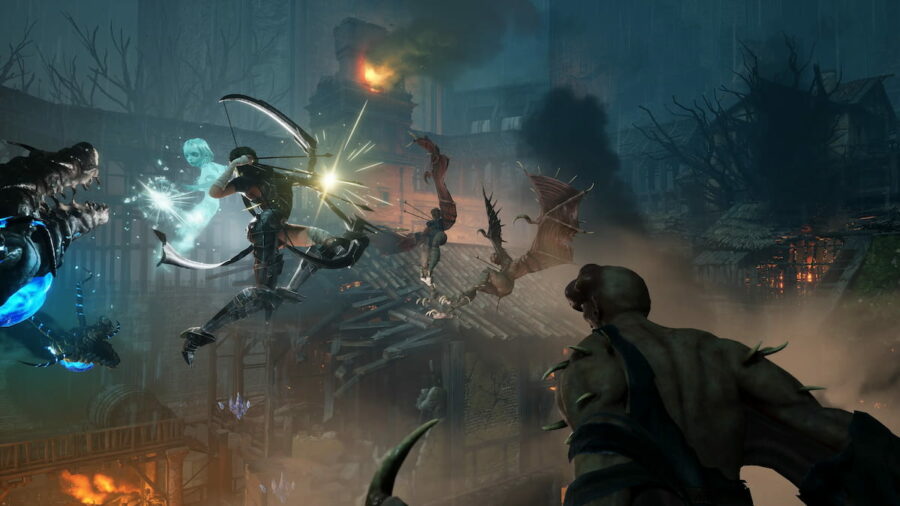 Since Soulstice is a game that derives inspiration from the beloved Devil May Cry series, there is one thing Devil May Cry fans are dying to know about this spectacle fighter. Can you do an air hike? The answer is yes, and the maneuver is cinematic and fun to pull off. From the first level, Soulstice pays homage to the classic series by allowing the player to perform powerful air hikes that look awesome. Here's how to do an air hike in Soulstice.

How do you perform an air hike in Soulstice?

After a light attack combo with four strikes, you can jump directly afterward to maintain your height and execute another combo. However, this cannot be performed after a heavy attack combo. With the Roaring Descent skill for the Ashen Enforcer weapon, you can end an air hike by slamming the enemy into the ground and dealing extra damage. This skill costs 7,500 Crimson Tear Residue and can be purchased from Layton, the Observer.

For more Soulstice guides, come check out How do you cross the wrecked ship in Soulstice? here on Pro Game Guides.

How to do an air hike in Soulstice