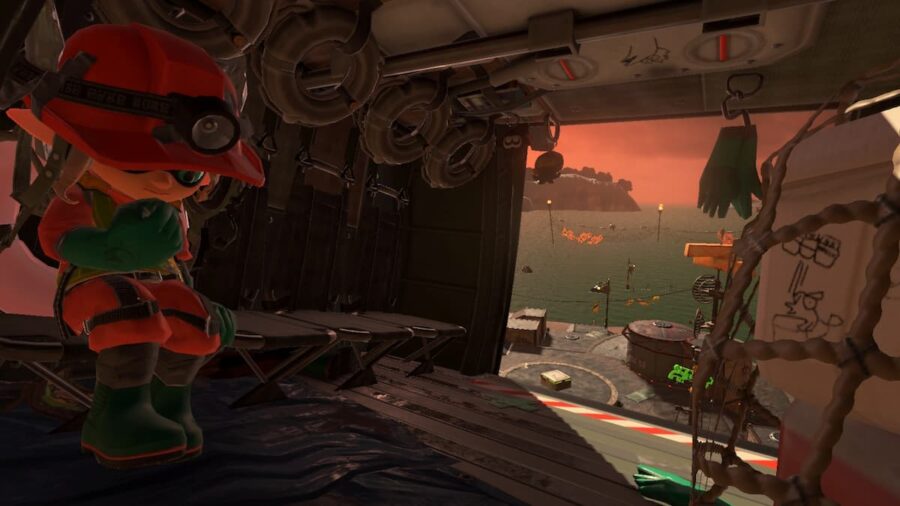 Unlike Turf War, Salmon Run is a cooperative game mode in Splatoon 3. You must work together with friends or strangers to take down the Salmonids and claim Golden Eggs. To do this, you must defeat Salmonid bosses and bring the Golden Eggs to your basket. This may leave you wondering how to defeat all bosses in Splatoon 3's Salmon Run.

There are 11 main bosses in Splatoon 3's Salmon Run and King Salmon who can appear in a surprise fourth round. Each boss requires different strategies and must be fought with caution. Here are all bosses in Salmon Run in Splatoon 3 and how to defeat them.

The Steelhead is a simple boss, but one that can be hard to deal with. Wait for it to come to a stop and start charging its bomb. Shoot the bomb on top of its head with everything you have. Otherwise, it will launch the bomb, which covers a wide area with ink. If you do enough damage to its bomb, it will explode, destroying itself. The Charge Shot, in particular, is great against this boss.

The Flyfish can be one of the more difficult bosses to fight simply because of the mechanic needed to defeat it. You must wait for it to come to a stop and open its jetpacks. Once it does, toss a grenade into both to bring it down. You need to line your grenade throws up just right, or you risk missing or the grenade falling out. When it attacks, it launches a barrage of missiles that will track you and your teammates. Avoid these, as they can be devastating.

The Scrapper wears heavy armor that protects it from most attacks. You can wear it down by continuously blasting it. Once you do enough damage, it will stop and open its armor. Alternatively, you can sneak around behind it and attack the pilot, avoiding the armor altogether. While the Scrapper may seem easy to beat, be careful when it is surrounded by smaller Salmonids.

Related: All food and drink items in Splatoon 3

The Steel Eel can be a pain to fight as it is completely impervious to damage except for the pilot at the back. The Steel Eel will target and follow one player; they should retreat and let their teammates get behind it. Blast the pilot with everything you have, and it should go down quickly. The Steel Eel can quickly kill you, so avoid its ink and run away before you get trapped.

The Stinger is especially deadly because it hits you from across the map before you are aware of its presence. If you don't immediately spot it, follow the trail of its green laser. When you find it, attack the pots that comprise its tower. Once you destroy each pot, it will fall to the ground and be defeated.

Maws can be a tricky boss to fight as it can go underground and appear where you least expect it. Watch for the flashing antenna on its head, as that gives its position away. When a green circle appears around the antenna, move around and drop a grenade in that spot. Maws will appear and swallow the grenade, dying instantly. If you miss the grenade placement, blast it with everything you have before it submerges.

The Drizzler is an annoying boss as it can hide under its umbrella and fire missiles across the map. Dodge the missiles and wait for it to emerge. Once it does, blast it with all your firepower to defeat it quickly before it can retreat to safety. Watch out for it taking to the air and relocating as well.

Related: How to change your Banner in Splatoon 3

The Fish Stick is an annoying boss as you have to climb up its pillar once it lands. Spray the spray with your ink and make your way to the top. Once there, blast the spinning Salmonids until they are all down. We recommend one player stay on top and throw the eggs down to the other players.

The Flipper-Flopper is a relatively easy boss. It telegraphs its movements by dropping down a ring of Salmon ink. It will then leap into the air and dive into this ink. Cover the circle with your own ink, and the Flipper-Flopper will crash into the ground and be stunned. Lay into it with everything you have to defeat it.

The Big Shot is something of a coward; it will briefly come ashore and drop a cannon. It will load the cannon and then retreat back to the sea. Defeat it before it can get away, or you will have to deal with an annoying boss. You can use its cannon to launch Golden Eggs back to your basket.

The Slammer Lid can be very dangerous if you battle it around a swarm, as you have to trigger its slam. Duck into its area of effect and quickly back out. Once it drops down, jump on top and start blasting its head. It doesn't have much health, so you should be able to down it quickly. Just don't let the minions slow your retreat, or you will get crushed.

This is the head honcho, king of the Salmonids. The King Salmonid only spawns randomly in a surprise fourth round, but when it does, it means business. While the King Salmonid itself is not terribly threatening, you are still fighting small and boss Salmonids.

The King Salmoind will primarily throw itself in the air and come down with a shockwave. Avoid it and keep your distance. Blast the King Salmonid to drain its health bar, but don't neglect the other enemies. These can easily swarm you or push you into a bad spot right when the King Salmonid comes down. To beat King Salmonid, you will need to divert your attention between attacking it directly and defeating the other Salmonids.

For more information on Splatoon 3, check out Splatoon 3 – How to customize your locker and Where to find Tableturf Battle in Splatoon 3 on Pro Game Guides.

All bosses in Salmon Run in Splatoon 3