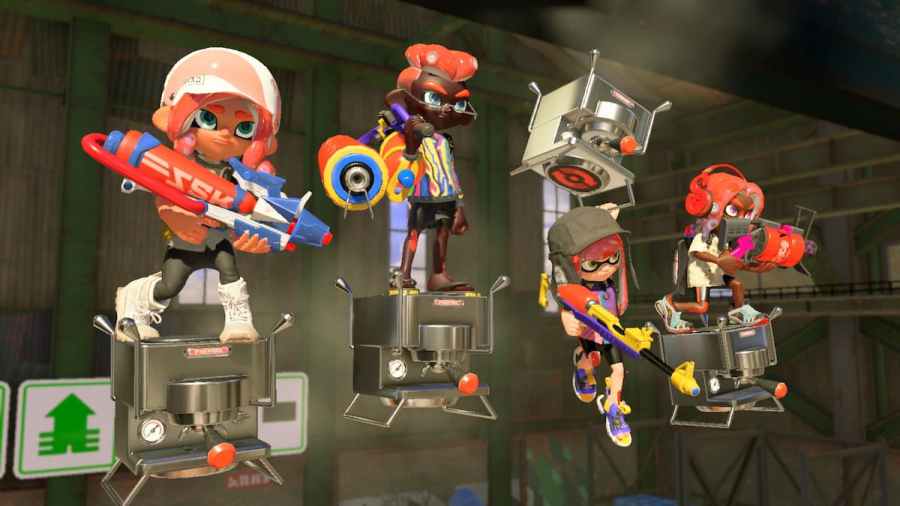 The Splatoon series took the shooter genre and changed things by encouraging players to shoot the ground instead of one another. That being said, there is plenty to do in Splatoon 3, and each game mode offers a different experience. This may leave you wondering about Splatoon 3's game modes.

Story Mode: Return of the Mammalians

Story mode is a single-player experience in which you play as Agent 3 battling the Octarians. Splatoon campaigns are often viewed as tutorials and ways to learn your movement and weapons, but they are loads of fun. They feature interesting levels and exciting bosses.

Turf War is the main PvP component, featuring multiple game modes. You can play various modes like the classic Turf War, Splat Zones, Tower Control, Rain Maker, and Clam Blitz. Each offers different rules and objectives, but it typically boils down to two teams competing against one another, either inking the stage or capturing an objective.

Those more interested in cooperative PvE will enjoy Salmon Run. This mode was initially introduced in Splatoon 2 and makes a triumphant return in the third installment. A group of four players must work together to withstand wave after wave of Salmonids and collect the power eggs they drop.

This looks to be a new version of Salmon Run, and not much is known about it at this time. From the Splatoon 3 Direct, it appears to be an invasion of the city by the Salmonids, forcing Inklings and Octolings to work together. We will update this guide once more information is known.

One of the most exciting aspects and game modes of the Splatoon series is Splatfests. These are limited-time events in which players must pick a side from three choices and work with their teammates to beat the other two teams. Splatfests are split into two halves this go around, increasing the stakes and upping the ante. Whoever wins that Splatfest will prove that their team is the correct choice.

For the first time, players will be able to engage in thrilling ink-based competitive card play in Table Turf Battles. This 1v1 game mode takes the iconic Turf War and brings it to the tabletop. Players must build their deck from over 150 cards and battle for control in a card-based version of Turf War.

For more information on Splatoon, check out Does Splatoon 3 have Single Player Mode? and How to play Splatoon 2 offline on Pro Game Guides.

All game modes coming to Splatoon 3