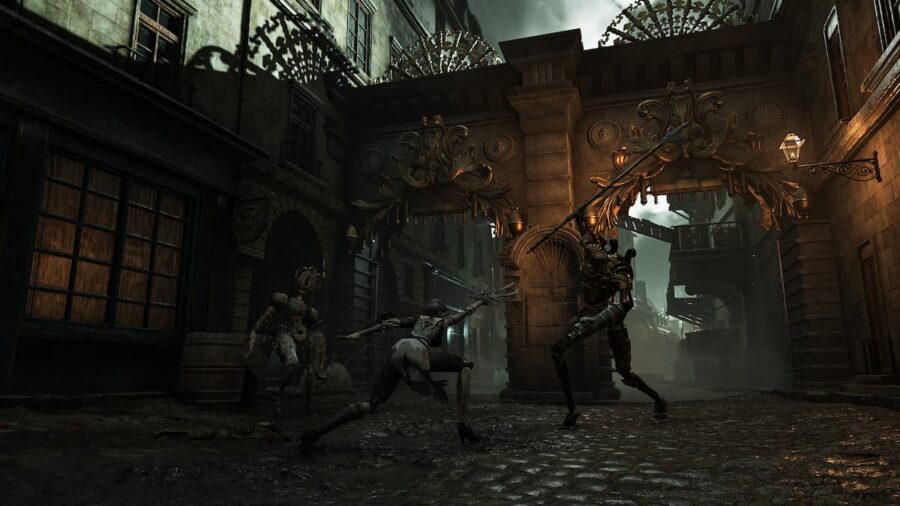 Steelrising is a soulslike set in France in 1879. In this alternative timeline, you play as Aegis, a sentient automat with many weapons at her disposal. Your mission is to fight back against a Tyrant King by defeating his many automats. On your journey, you will face Titan bosses, the game's main bosses. Here are all titan bosses in Steelrising.

All Main Bosses in Steelrising

The Selenite of the Louvre

The Selenite of the Louvre is the Titan boss in the Tuileries. The Tuileries will unlock as a location after you have completed Les Invalides. Defeating this boss will award you the Selenite Momentum ability. You can use this to dash across large gaps or in combat for a frost alchemical attack.

The Bishop of the Cité

The Bishop of the Cité is found in La Cité. This location is unlocked after you have completed Les Invalides and unlocked the Horseless Carriage. Defeating this boss will award you the Bishop's Hook ability. This grappling hook can be used to grapple onto rooftops or in combat for a fulmination alchemical attack.

The Alchemist of Luxembourg

The Alchemist of Luxembourg is found in Luxembourg. Luxembourg will unlock as a location after you have completed La Cité and the Tuileries. Defeating this boss will award you the Alchemist’s Ram ability. This can be used to break down walls and gates or in combat for a fire alchemical attack.

The Treasurer of Les Invalides

Related: All Attributes in Steelrising and what they mean

The Centaur is found in Montmarte. This centaur-like boss is located at the bottom of the mines. This area is accessible after repairing the mine elevator. Montmarte will be accessible after defeating the Treasurer of Les Invalides.

The Executioner is the Titan boss of Bastille. The Bastille is a fortress that's used as a prison in Steelrising. Aegis will have to navigate the prison before facing the Executioner.

The Royal Orpheus is an optional Titan boss found in Saint Cloud. This boss is only available by completing the 'In Memory of the Dauphin' Side Quest. Aegis will get called back to Saint Cloud by the Queen during this questline, and the boss will be available to you.

The Iron Queen is the final Titan in Steelrising. This boss is located in Versailles, the final area of the game. This is only accessible after completing Bastille.

All Titan Bosses in Steelrising