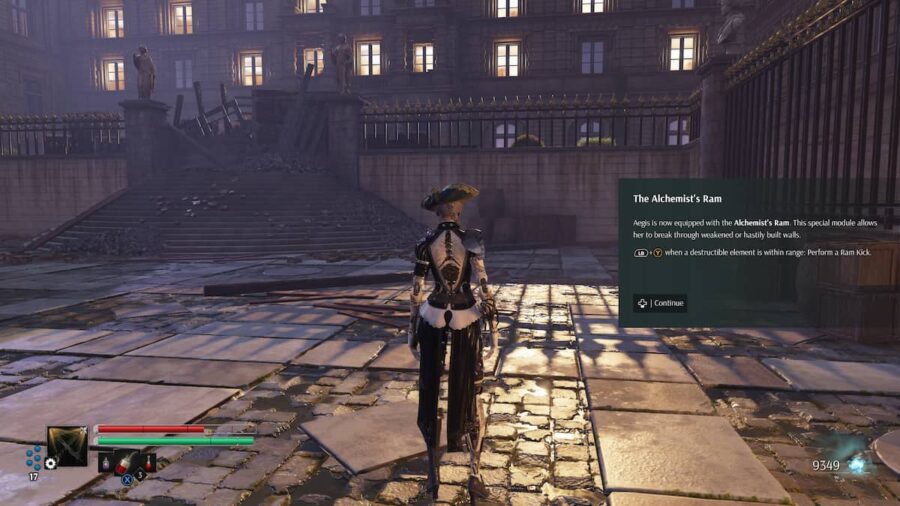 Steelrising takes place in an alternative historical Paris set in 1789. In this version of history, a Tyrant King has released Automats throughout the city. As you explore Paris, you will come across inaccessible locations until you have the Alchemist’s Ram, also known as the Ram ability. Here is how to unlock the Alchemist’s Ram and how to use it.

When do you unlock The Alchemist’s Ram in Steelrising?

Related: How to unlock Selenite Momentum (Dash) in Steelrising?

How to break the green marked walls in Steelrising?

The Alchemist’s Ram can be used outside combat to break crumpled walls and locked gates marked with the green lock. This will allow you to access previously inaccessible areas. You can find these walls and gates in any location. We recommend returning to these areas and exploring these new areas as they can contain upgrades and materials that are well worth collecting.

The Alchemist’s Ram can also be used in combat as an Alchemical attack. This attack consumes Alchemical Capsules and will damage the target during Fire damage. Flame affliction ignites its target, causing continuous damage. Flame can be applied to enemies using the Alchemists Ram attack or a weapon with alchemical flame attacks.

How to unlock The Alchemist’s Ram in Steelrising?