Our Subnautica: Below Zero Cheats List and Commands Guide has a bunch of cheats and commands you can use to play around or get more out of Below Zero! We'll teach you how to activate and use the console, and list commands that will remove survival features, spawn in items and vehicles, or teleport you around the map.

Using cheats will disable the ability to gain achievements, so if that's important to you then we advise against using these. You can always just create a separate cheat file, if you just want to play around and not harm your main save.

First you'll need to activate the console. Press F3 on your keyboard, and you will open the following screen. You'll need to uncheck the "Disable Console" option, so to get your mouse cursor to do this you'll want to hit Tab. This will bring up your PDA, but also give you the ability to use your mouse to click that box next to Disable Console. Hit F3 again to close the window.

Now that you have the ability to enter commands, you'll need to open up the text box that will receive the command. You can do this by either hitting the ~ key, or just hitting Enter to open up the text input field at the bottom left of your screen. 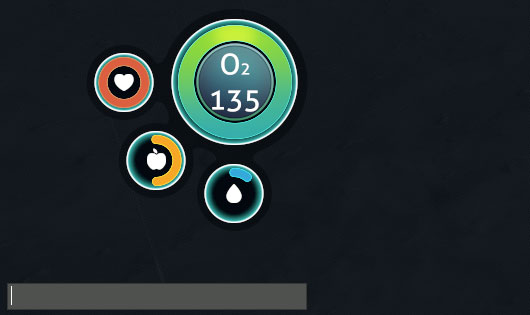 Here's a list of a bunch of cheats and commands that will either spawn in items or remove survival elements. Anything that has [] around it does not require the brackets, and requires whatever is listed. For example, for spawning items it lists "spawn [ITEM NAME] [AMOUNT]", you would input "spawn titanium 5" if you wanted five titanium.

If you are tired of stuffing your face with food and water, then you can use some commands to disable these options.

You can change the game mode of your current file by using one of these commands: freedom, creative, survival, or hardcore.

There's a couple ways to do this, you can just unlock them all or you can do them one by one.

For just getting general resources or tools, you can do these generic loot commands:

To spawn specific items, you'll want to just use the "spawn" command:

You can also use the "item" command:

These are very similar, but the "item" command adds the item to your inventory. This will sometimes work on things that won't spawn.

If you want the resources to craft a specific item, you could use the "resourcesfor" command:

Changing the Time of Day

If you want to change the time of day, you'd use "day" or "night" in the console depending on which you'd like.

You can spawn in certain vehicles by using the "spawn" command, but currently you cannot spawn in the Cyclops. It's possible that the Cyclops doesn't end up in the game, and is replaced by the SeaTruck.

You can spawn in the Prawn Suit by using the "spawn exosuit" command.

You can't actually spawn in the Seamoth directly currently, but you can craft one. First, do "unlockall" which will give you all the blueprints. You can then do "nocost" which makes anything you build not require resources. Craft the Mobile Vehicle Bay (using a Fabricator), and take it to the surface. Throw it so it deploys and then jump on there and craft yourself a Seamoth.

Update: You can actually spawn in a Seamoth with "item seamoth" in the console.

To spawn the Snowfox you can use "spawn hoverbike" in the console. This vehicle only works on land, so use "goto hoverarea" to ride it around for some fun. You can also add a jump module to it with "item 2130" and add it to the upgrade slot on the bike.

Teleporting to a Specific Area

If you want to teleport to a specific area, you can use the "biome" command.

Here's a list of the places you can type into, to see this in game just type in "biome" and it will list them for you: introarea, introicecave, shallowtwistybridge, twistybridges, lilypads, crystalcave, deeppads, kelp, and kelpcave.

Biome are great for general areas, but if you want to get more specific you can use this command:

"Goto" has a bunch of smaller areas you can check out, here's a list of them:

If you want to just fly around and explore the map or maybe head up to the big satellite then you can use this command:

This is basically no clip mode, so you can fly through walls and whatever else. You can increase the speed by pressing 1-5. You can also hold Shift to go even faster!

If you want to speed up building, egg hatching, and plants you can use the following commands.

Subnautica: Below Zero Vehicles Guide – All the Known Vehicles Coming to Below Zero!

Subnautica: Below Zero – How-to Get the Habitat Builder