If you are wondering how to spawn the Ice Worm in Subnautica: Below Zero then we have all the information you need! We've got the code for the spawn, and some information on what's going on with this huge monster that will be potentially terrorizing players in this new Subnautica game.

While we don't know a whole lot about the Ice Worm, we can gather some information from where they might have been influenced. The "thumper" item that you use to attract them is nearly a direct reference to the sci-fi classic novel, Dune. In that book, they used the thumper to attract Sandworms to it from in the desert for them to ride. The Ice Worm in Subnautica: Below Zero seems very similar to the Sandworms from Dune. Will we be able to ride an Ice Worm? It seems doubtful, as of now the Ice Worm pops out of the land and attacks near the thumper.

Another influence seems to be related to the Bobbit Worm. These creepy things were recently featured in Blue Planet II, a documentary about the oceans.

First, you will need to unlock your console. Hit F3 and you will see a window with "Disable Console" checked. Hit tab to give yourself a mouse cursor, and uncheck this button. Use either the Enter key or the ~ key to open up the console and type in commands.

To spawn the Ice Worm, you'll first want to be on some land. A good area for this is in a place that was made to test the SnowFox or Hover Bike. Open up the console and type in "goto hoverarea". This will move you automatically to this area, and you will see some ramps and a bunch of land. 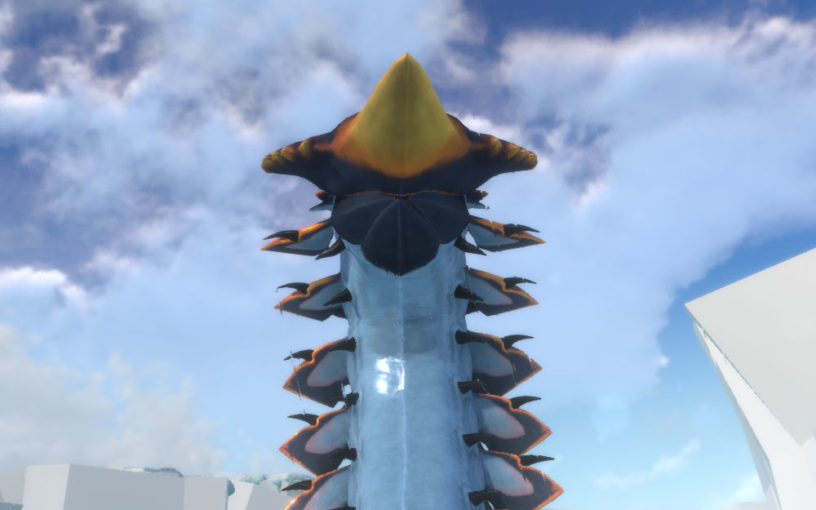 Next, you will need to spawn the Ice Worm. Open the console again and type in "spawn 2568". The worm is now underground, but it won't come out of hiding just yet. To get it to jump around and be active, you'll need to open up the console just one more time and type in "spawn thumper". Grab the item and place it on the ground. The thumping will begin and your new Ice Worm friend will start jumping out of the ground and attack the noise.

You will take damage if the Ice Worm lands close to you, so be careful not to die. You can use the command "nodamage" in the console to make it so you can't get killed.

Subnautica: Below Zero Vehicles Guide – All the Known Vehicles Coming to Below Zero!

Subnautica: Below Zero – How-to Get the Habitat Builder